‘The workers’ and peasants’ government… calls upon all the belligerent peoples and their government to start immediate negotiations for a just, democratic peace.

By a just or democratic peace, for which the overwhelming majority of the working class and other working people of all the belligerent countries, exhausted, tormented and racked by the war are craving [we mean] an immediate peace without annexations – that is, without the seizure of foreign lands, without the forcible incorporation of foreign nations and without indemnities.’

The ‘just and democratic peace’ sought by the workers and peasants government never arrived.

It was on 26 th October 1917 when Lenin, the 47 year old leader of this nascent Government, read out the Bolshevik Decree on Peace. This appeal fell on deaf ears.

The many players and participants in the first World War,  the imperial powers fighting for a re-division of the world, which had already claimed millions of lives, refused to put a halt to their killing machines and the war continued for more than a year, adding menacing figures to the tally of the dead as well as the wounded. Students of history tell us that this ‘War to End Wars’ as it was termed then culminated in the deaths of more than nine million combatants and seven million civilians as a direct result of the War and the resulting genocides and related 1918 influenza pandemic causing another 20-50 million deaths worldwide.

Looking back one knows that if this decree on peace had been positively responded, few more million deaths in the ongoing war could have been avoided and deaths due to the pandemic of Spanish Flu ( 1918) could have been contained more effectively. Experts can tell you how the trenches of the western front proved ideal for spread of the virus as “[t]renches were flooded much of the time. Blood and bodily remains from people and animals that had been blown to pieces, along with faeces and rotting food, formed the pathways and shelters for troops going to and returning from, the front.”

The World War I which eclipsed all previous wars by its scale of destruction finally came to an end in 1918.

It is a different matter that for the newly emergent Soviet government – which had unilaterally decided to quit this war after the revolution ( October 1917) – had no respite from a civil war waged by Czarist era Generals, who favoured political monarchism, capitalism, and received support from eight foreign nations comprising of former Allied military forces from the World War and the pro-German armies. It continued till 1923 when the White Army received a resounding defeat at the hands of the Red Army.

History bears witness to the fact that it was largely because of Lenin’s inspired leadership that the Soviet government managed to survive against such military odds.

As the world celebrates Vladimir Ilyich Ulyanov (22 April 1870[b] – 21 January 1924), better known by his alias Lenin, who led the historic October revolution,  on his 150 th birth anniversary,  there is an increasing acknowledgement that ‘[n]ot only in the scholarly circles of the former Soviet Union but even among many non-Communist scholars, he has been regarded as both the greatest revolutionary leader and revolutionary statesman in history, as well as the greatest revolutionary thinker since Marx.’

What made Lenin ‘century’s most significant political leader‘ who died at a relatively young age ( according to today’s standards) of 54 years with roughly last around one and half years of his life remaining largely bed ridden because of the strokes he faced first in May 1922 and the second one in December 1922.  And why all those busting of Lenin’s statues in the ex-Soviet world or in places where rabid right-wing formations are on ascendant has not dampened thinking people’s increasing enthusiasm for this man and his ideas who even Maxim Gorky, a great Russian writer and political activist himself, who was a personal friend of Lenin, found to be unimpressive in his first meeting :

I felt there was something missing in him. …He was too plain, there was nothing of ‘the leader’ in him. 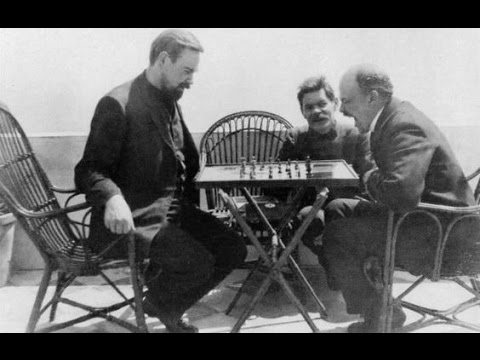 Perhaps a best measure of the greatness of a wo/man can be had if one can imagine a world invisibilising her/his presence.

Imagine 19 th century biology absenting Darwin from it or 20 th century physics by subtracting Einstein from it. Similarly, think of 20 th Century without Lenin !

Yes, it is just a mind game and things do not happen that way but absent Lenin from 20 th Century, and you will be at wit’s end to see a significant part of 20 th Century history – dotted with revolutions from Russia to China or the national liberation struggles in colonial countries, which received unstinting support in the first Congress of the Third International, at the behest of Lenin – just getting obliterated or slipping from the annals of history.

In fact, the more one looks at the life and times of Lenin, and the ‘[d]ecades of excruciatingly demanding organisational and theoretical work – much of the time in exile or in hiding or as a fugitive from the Czar’s gendarmes’ (-do-) which he executed with tremendous political will, one observes how Lenin’s ideas have sipped deep into our consciousness, without even a faint realisation that it was he who put forward those bold ideas first, which broke new grounds in revolutionary strategy and tactics. 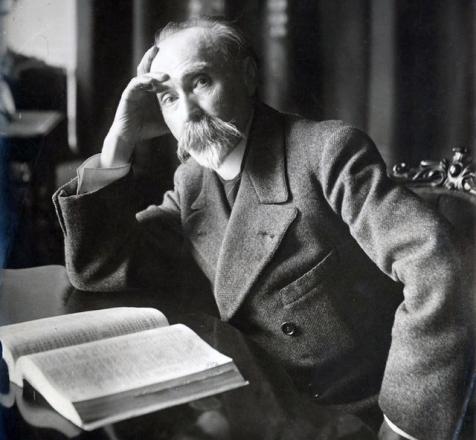 One can look at his efforts along with the then doyen of Russian Marxism, Georgi Plekhanov and Martov etc to bring out a newspaper ‘Iskra’ ( The Spark) which was aimed at unifying Marxist groups spread over Russia, when under Czarist autocracy and the tremendous repression unleashed by it, the average life of any such group was limited to few months / weeks or his first major theoretical work ‘The Development of Capitalism in Russia‘ ( 1899) in which he questioned the prevalent populist understanding that the peasantry was a homogeneous social class and showed the growing penetration of capitalism in the peasantry and how the peasantry was getting further differentiated. This monograph, in fact, even transcended what his one time mentor Plekhanov had argued in his positions vis a vis Russian peasantry and opened up the possibility of a section of Russian intelligentsia’s joining the Social Democrats, who earlier felt that Marxism was inapplicable to peasant Russia.

Or look at the concept of vanguard party, which emerged in the ensuing ideological political struggles within the Russian Social Democrats – as they were called then. What were the points of debate within the Social Democrats then ?  The debate veered around emergence of Socialist Consciousness among the workers. Lenin explained that under capitalism a worker can at best have trade union consciousness and class consciousness has to be brought from ”outside”. For it to happen a “party of a new type” is needed which would be “vanguard of the proletariat’.

Today it is difficult to even imagine any really progressive transformation of society and state without the a existence of a vanguard party but one feels surprised to know that in the early years of 20 th Century, a section of the Social Democrats did believe in ‘spontaneity of the masses’, for whom ‘movement was everything ‘

Definitely all these debates which Lenin led or all those struggles he unleashed came at a great personal cost.

His fiery debate with his one time mentor Plekhanov or his ultimate partying of ways with his close friend and Comrade Martov, is rather difficult to believe. 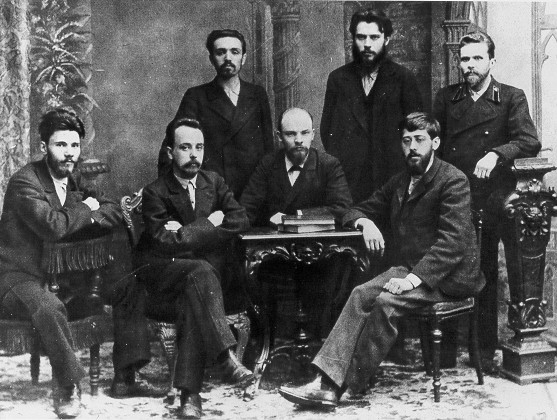 Martov, Lenin’s contemporary, a great Marxist scholar himself, with whom Lenin had established St. Petersburg Union of Struggle for the Liberation of the Working Class ( 1895), and was very close to Lenin, disagreed with Lenin’s understanding of the party, in the second Congress of the Russian Social Democratic Party, and later became leader of the Menshivk faction of the Party. Lenin always regretted his departure. His warmth towards him remained till the end. We are told that when Lenin discovered that Martov was ill ( 1922) in Germany he even asked his associates to transfer money to him.

Anyone who has had a close look at his collected works – which have been compiled in more than 45 volumes- would be rather amazed that he was equally at ease in discussing philosophy. In fact, when a section of  social democrats, which included the well known Anatoly Lunacharsky, who later became People’s Commissar responsible for Ministry and Education, undertook a ‘campaign against the philosophy of Marxism‘  Lenin took up the onerous task of responding to them in the form of a monograph of few hundred pages titled ‘Materialism and Empirio-criticism : Critical Comments on a Reactionary Philosophy.’

Photo : Lenin and Lunacharsky inspect the Guard of Honour, 1920

He was one of those rare revolutionaries – who had a theoretical acumen transgressing leading lights of the period but simultaneously a deep sense of practical politics and tremendous faith in the initiative of the masses.

Today, it would appear unbelievable to even young people inclined towards progressive politics that when the first world war started, ( August 1914)  when Socialist Parties throughout Europe decided to side with ‘their’ bourgeoisie, relegating the resolution of the Second International to the dustbin, which had decided to resist or overthrow their respective governments, if such an imperialist war breaks out, Lenin mobilised revolutionary socialists forces to “transform the imperialist war into civil war.” He made it absolutely clear that “The real enemy of the worker was not the worker in the opposite trench but the capitalist at home ”  and it was incumbent on the workers as well as the soldiers to target their own rulers and lead the destruction of the very system that had plunged them into such carnage.

Lenin’s fifty plus years political life which remained stormy till the end is dotted with many such episodes.

One can just go on and on to further throw light on the way he analysed Imperialism in a monograph and explained it how it is ‘the highest stage of capitalism’ or how he discussed State under socialist society or how he asked the proletariat to lay claim over power, when the opportune moment came, when he rightly sensed that the Provisional Government which had come into place after Czar was overthrown had lost popular support and how ‘All Power to the Soviets‘ became a rallying cry of the Workers, peasants and soldiers.

His ability not to stick to dogma – as opposed to many of his contemporaries – made a significant difference in his ability to ride over a dynamic unfolding situation.

As reports tell us there have been celebrations across the world led by the Working masses and communist and workers parties, formations, to remember Lenin on his 150 th birth anniversary in these times of quarantine.

A period marked by the Corona pandemic which has already claimed more than 1.5 lakh lives across the world. A period when the dire experiences of the policies of Profits over People seem to be coming to the fore.

On this occasion it is worthwhile to remember that in 1918 – under the leadership of Lenin himself – the Soviet Union became the first country to promise universal “cradle-to-grave” healthcare coverage, to be accomplished through the complete socialization of medicine. The “right to health” became a “constitutional right” of Soviet citizens.

Lenin is gone long ago but his dreams, his ideas, his proclamations are nesting everywhere. Was not it Brecht, who had written somewhere :

He is our teacher

He carried the struggle along-with us

One thought on “The Many Debts We Owe to Lenin”