Update: A Day after the publication of this post, Tehelka changed the status of Essar from “Principal Sponsor” to merely one of several “patrons” on the Goa ThinkFest website.

Without doubt, one of the most important documents to make its appearance after the arrest of Soni Sori by the Chattisgarh Government in Delhi on 4th October 2011 was the cover story titled, “The inconvenient truth of Soni Sori” that appeared in Tehelka, written by Shoma Chaudhary. It tells the story of Soni Sori and her nephew Linga Kodopi as narrated to Tehelka and the sequence of events that led to their persecution.

Nonetheless there is an intriguing twist to how this story was framed. The introduction of the story goes:  “Why were two tribals and the Essar group framed by the Chhattisgarh police? Why are Soni Sori and Linga Kodopi being systematically silenced? This chilling story of one family reveals more about India’s Naxal crisis than any official document can.”

In other words, Tehelka is arguing that Essar is also being framed in this narrative along with Soni Sori and Linga Kodopi.

This has been rankling many of us who have been watching events unfold in the Adivasi belt for the last couple of decades. The story is framed in such a way that it looks like Soni Sori, Linga Kodopi and Essar group – all three of them in the same breath – are victims in a bloody battle between the State and the Maoists for territorial control.

of this. If anyone has doubts regarding Essar group’s interest in the Central and East Indian Adivasi belt, please take a look at the 2009 India Human Right Report, produced by the New Delhi based Asian Centre for Human Rights. To quote:

The locals alleged that the 103 acres given to the Essar Steel Company were acquired by the Commerce and Transport department of the government of Orissa to set up the Paradip Port Trust in 1962-1963. The department acquired the land at a cost of Rs 300 per acre but sold the land to Essar Company at the rate of Rs 3 to 4 lakh per acre. The Essar Steel Company had already completed dredging and sand filling in 103 acre of acquired land at the Mahanadi river mouth and the dredging resulted in inundation of more than 400 acre of paddy land. The district administration notified the company but no compensation was paid to the farmers. In July 2008 the affected families demanded compensation for the inundation of their agricultural land.”

In Chhattisgarh itself, Essar has interests in exploration and production at Sohagpur, a steel plant in Bailadila and iron ore mines apart from a proposed Super Thermal Power Project near Dabra and a proposed 3.2 million tonne per annum steel plant in Bastar. Essar’s role in Chhattisgarh has been controversial, as mentioned even in a Wikileaks-published American diplomatic cable, in Essar paying protection money to Maoists – which both the Maoists and Essar have denied – but is at the heart of the issue here.

It is in this context that one finds Tehelka’s blanket exoneration of Essar group intriguing. And the attempts at equating the travails of Soni Sori and Linga Kodopi with the plight of Essar mischievous.

In fact in the story itself, almost all the protestations of Essar’s innocence are either tagged to the framing of Soni Sori and Linga Kodopi or are testimonies of Essar officials. From the sting quoted in the story, Constable Mankar admits to the innocence of Linga Kodopi and Soni Sori, but states that the money was actually seized from the house of BK Lala, the Essar contractor. The other statement by Jairam Khora, the sarpanch of Badapadar panchayat in Odisha that Tehelka puts forward in defence of Essar also points only to the police brutality and framing of Khora and not to a police plot so bent on framing… Essar.

Then the story goes into enormous lengths quoting state officials to paint a picture of conflict between the State and the Maoists, where Essar is a victim just like Soni Sori and Linga Kodopi. Sample this:

“One of the CRPF commanders puts it most starkly and unequivocally: “Soni and Linga were targeted to protect the interest of the non-tribal majority against the aboriginal minority. Earlier, the tribals didn’t have a voice, but these two people changed that. Lingaram becoming a journalist was a grave threat to them as he could expose them. A tribal asserting his or her right is a big issue for them. They want to make sure there is no tribal voice.”

The unnamed CRPF commander confirms this dilemma, “When I first reached Dantewada, I found a deadly triangle: the State’s forces and Naxals at two ends and the public (emphasis mine) caught in between. Ninety percent of the villagers and tribals in the area are in touch with the Maoists: they give rations or go for meetings. They feel compelled to do that, otherwise they cannot survive. But the forces cannot distinguish between who is compelled and who is an active collaborator. In this scenario blaming someone as a Maoist to settle a score is very easy.”

“The public” here of course is an innocuous clubbing of all non-state non-Maoist actors. But Tehelka contradicts itself later in the same story:

“A senior officer in the forces says the real story behind Soni and Linga’s framing in the Essar pay-off case is that the cops had arrested Lala for not giving them their cut. “Maoist leader Azad had blown up the pipes of Essar’s Chitrakonda pumping station because he was against the over exploitation of natural resources. But Maoist leader Abhay has other ideas. Lala reconstructed those pipes for Essar through deep jungles. It is impossible to imagine that a private contractor could do that without Maoist approval. It’s a place where even the paramilitary do not tread. The police knew this and because he didn’t take care of their interest, they arrested him.”

Based on Lala’s supposed statement to the police, DVES Verma, general manager of Essar in Chhattisgarh, was also recently arrested by the police.

The officer, speaking to Tehelka off record, goes on to conjecture that Linga and Soni were arrested as mere diversion:

“The police knew that once they arrest Linga and Soni, civil society will make a hue and cry. Since they have no proof, they will be released soon enough. They don’t really want Lala’s case to be strong. They just want their share of the pie.”

“Essar on its part “vehemently rejects all the baseless allegations about any payments to Maoists”.

“So, were Soni and Linga framed in the alleged Essar pay-off case as a smokescreen for some murky plot by the police to get their share of alleged protection money?”

At the risk of repetition, and making it clear that this is no apologia for Maoist violence, let me reiterate that at the heart of the crisis at Dantewada is Corporate greed for Adivasi land – which both the State and the Maoists are capitalising on. With or without pay-offs Essar and other companies are at the root of the conflict and it does look very devious that Tehelka tries to link Essar’s innocence to that of Soni Sori and Linga Kodopi. It is not as if Tehelka has not done any stories against Essar. In fact, the March issue carried a story by Brijesh Pandey regarding Essar’s suspected role in the 2G spectrum scam. It was Shoma Chaudhary herself who had quoted Mani Shankar Aiyar:

“It is ridiculous to attack everyone just because they have a view on the Maoist issue as anything more than just a ‘menace’. While there’s no alternative to a State defending itself to a challenge by insurgents, we have to ask ourselves why this insurgency is confined to 5th Schedule Areas (ie, tribal) areas. And as long as our ideas of development is restricted to gains for people like Vedanta and POSCO and Tata and Essar and the Mittals, and we allow them to exploit tribal resources, the tribals are bound to see this development not as desired but disruptive. The point is, we have to define the difference between ‘participatory development’ and ‘aggressive development’.” 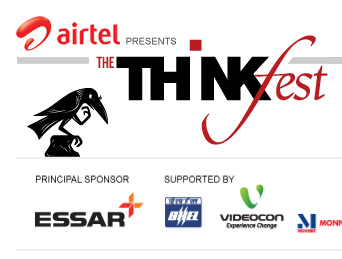 What caused this change of heart in Tehelka towards Essar? That Essar is the principal sponsor for the high profile Goa Thinkfest being organized by Tehelka! Tehelka has a lot of explaining to do – especially vis-à-vis their exoneration of Essar through the innocence of Soni Sori and Linga Kodopi!

51 thoughts on “Everybody Loves a Good War – Tehelka and Essar: Bobby Kunhu”