A number of people are saying that Tarun Tejpal has been held guilty and convicted by a media trial. They are saying that the media and public have both chosen to not hear “the other side of the story”.

That claim, put simply, is incorrect. From day one of the story, “the other side” was heard. We read Tejpal’s emails and those of his lieutenant Shoma Choudhary. We heard Choudhury speak and defend herself endlessly on TV. On news channels, in print and on the web, we’ve heard a long list of luminaries defend Tejpal: Sanjoy Roy, Alyque Padamsee, Namita Devidayal, Dilip Tahil, Rahul Singh, Prem Shankar Jha, Roger Cohen, Anusha Rizvi, Manisha Sethi, Palash Krishna Mehrotra, Charu Nivedita, BG Verghese, Bina Ramani, Nirupama Sekhri, Madhu Trehan, Rahul Da Cunha and then some. Latest additions to the list are Seema Mustafa, Manu Joseph and Anurag Kashyap. 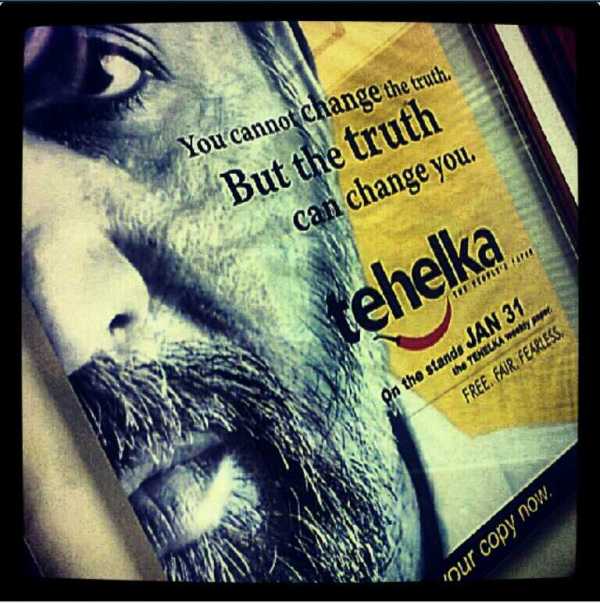 All of these people tell us the other side of the story, which is incoherent and constantly changing. Let’s be fair to them. Let’s listen to what Tarun Tejpal has to say. END_OF_DOCUMENT_TOKEN_TO_BE_REPLACED

The residents of Khirki are angry. They say they have been misrepresented, their grievances are not being given a patient hearing because the rest of us are doing politics over them. Nobody even wants to hear that they could have a case, that the story could be about more than just skin colour. Kafila and Times Now alike will tell you they are a bad, racist, evil lynch mob who deserve to be disenfranchised.

Even if that is what they are, will the summary dismissal of what they are saying be of help in resolving the situation? Forget the debates about the Aam Aadmi Party. As their elected representative, Somnath Bharti with all his vigilante zeal was doing what representative democracy makes representatives do. The people were making their voice heard through their elected representative. But we don’t want to hear their voice. If we did, we’d realise what the area needs is dialogue and understanding. All the problems with Africans and others in a 14th century ‘urban village’ next to 21st century shopping malls need a conversation that won’t come if we don’t want to appreciate the complexity of a social situation. By refusing to do so, we are being as unhelpful as the vigilantism of Somnath Bharti.

But at least we are thinking about Khirki. As for Sagarpur, where on earth is that?

These last few days, you have been fed one-sided angst by a media eager to help Narendra Modi overcome the pro-AAP mood, by pre-ideological leftists eager to bring down the AAP house so that Narendra Modi can come to power and they can do proper full-time chest-beating over fascism, by big industry already unhappy to see the AAP government move against Walmart. Is there a bigger picture?

When Prashant Bhushan first made his remarks supporting a referendum in Kashmir to decide whether Kashmir will stay in India, a hooligan had gone to his office and slapped him. The Aam Aadmi Party made it clear that these were Bhushan’s personal views and were not endorsed by the AAP, but the stick was too good to ignore. At a loss of words to see the rise of the AAP, somewhat dimming the euphoria over the rising fortunes of Narendra Modi, the BJP has gone on and on over Bhushan’s views on Kashmir. Even when the AAP was proving its majority on the floor of the house, the leader of the opposition, Harsh Vardhan, made Prashant Bhushan’s personal views out be somewhat of a national security threat to India. Just saying that a people should be allowed to decide their fate is anti-national because we know that making such an allowance would bring results we’d rather not see. END_OF_DOCUMENT_TOKEN_TO_BE_REPLACED 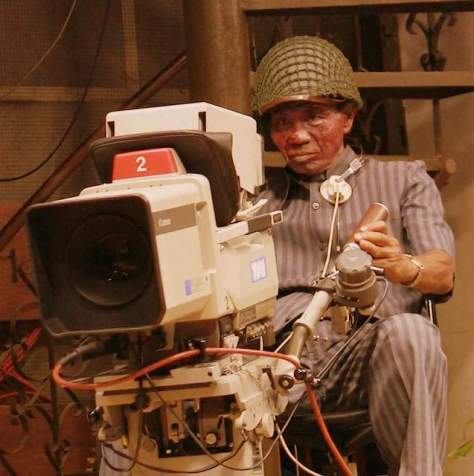 In 1965-66, Indonesia killed one million people it suspected were ‘communists’. Others who became victims of this cleansing were ethnic Chinese. An American filmmaker, Joshua Oppenheimer, goes to Indonesia and bumps into a man, Anwar Congo, who himself killed a thousand people. He and his friends, who were part of the extermination of real or imagined communists, happily boast about what they did and describe it in detail. Oppenheimer tells them that they should make a feature film reenacting what happened. Oppenheimer then makes a documentary about these people making a film about what they did.

The Act of Killing released last year but the world is still talking about it. When you watch it, you can scarcely believe what you see. Anwar Congo shows us how he perfected a method of killing that would produce the least blood. He wraps a steel wire around the victim’s neck, ties the wire to a pole and pulls it from the other end. He then watches how the video looks on television and says he shouldn’t be smiling, his face should look cruel, he shouldn’t be wearing white pants. He’d never wear clothes like that while doing the killings. END_OF_DOCUMENT_TOKEN_TO_BE_REPLACED

Arvind Kejriwal is the new Sachin Tendulkar. You throw him the most difficult googly and he sweeps it to add runs for his century. In 2011, he started a national anti-corruption movement with the specific aim of setting up an anti-corruption ombudsman called Lokpal. The movement’s public face and leader was Anna Hazare, a respected social leader, who like Gandhi, believes in fasting for politics. The critics said Anna is just a puppet and it’s Kejriwal’s movement, and that such sophistry showed Kejriwal (who takes oath as chief minister of Delhi tomorrow) had sinister motives.

Kejriwal’s critics said that fasting unto death was a blackmail strategy not suited to a democracy. Kejriwal can’t have a Lokpal just because he wants it. His popular support is just media hype. If he really wants a Lokpal, why doesn’t he form a political party and contest elections?

Kejriwal’s critics said he was supported by the RSS and the BJP, that he is a BJP stooge, that the Lokpal movement was a right-wing conspiracy to remove pristine, super-secular, people-loving, chosen-by-god Congress party from power. END_OF_DOCUMENT_TOKEN_TO_BE_REPLACED

A politician is exposed using State surveillance to allegedly woo his love interest. An editor tells a reporter his daughter’s age that the easiest way for her to keep her job would be to have sex with him. A godman and his son are both arrested for sexual assault and rape. A riot in Muzaffarnagar over false rumours of inter-religious ‘eve teasing’ left 48 dead and 15,000 homeless. The debate on rape, consent, gender relations sparked by December 16, 2012 continued throughout 2013. And by the end of it the Indian Supreme Court decided that the Indian Constitution’s letter and spirit were not being violated by criminalising consenting adults for having sex, in case the sex happened to be anything other than peno-vaginal.

India 2013 is like a pubescent 13 year old realising there’s something about the body that the mind needs to grapple with. There’s something about power, pleasure, social mores, class, law and so on, that comes together in the body and negotiates its way through bodily desire. There’s a sexual churning out there, and it’s not as titillating as the annual sex surveys news magazines do, nor is it as literary and profound as the language an incarcerated editor wields. END_OF_DOCUMENT_TOKEN_TO_BE_REPLACED

There is nothing novel about new parties upsetting the two-party binary. We have seen that happen through the process of Mandalisation in many states. But all those new parties have come up in the name of one or more identities caste, community, region. The BJP is the Brahmin-Bania party of Hindu nationalism. The BSP is the party of the Dalits, the JD(U) of the Kurmis, the BJD of Odisha. Many of these parties don’t have ambitions to rival the Congress or the BJP on the national stage.

The Aam Aadmi Party (AAP) is an exception in that its central ideology is good governance. This helps it escape identity politics. At the same time, the AAP embraces identity politics like everyone else does: its symbol, the broom, was from day one targeted at the Valmikis. Be it Muslims or Dalits or Brahmins, the AAP quietly takes note of identity politics and gives lip service, even as the party as a whole does not identify itself with any one community. The only other party which handles identity politics this way is the Congress. END_OF_DOCUMENT_TOKEN_TO_BE_REPLACED