This guest post by DILIP D’SOUZA is an excerpt from his book, The Curious Case of Binayak Sen

On a recent trip to the central Indian state of Chhattisgarh, I visited a village called Bamhni. The Jan Swasthya Sahyog (JSS; People’s Health Collective, a rural hospital) of Ganiyari runs an outreach clinic there. Every Tuesday, one or two JSS doctors and a small team of health workers get into a Mahindra Bolero SUV in Ganiyari and drive an hour-and-a-half to reach Bamhni.

I spent much of the day with an even smaller JSS team that reaches out even beyond this outreach clinic. The area we were in is part of the Achanakmar Wildlife Sanctuary, which has existed since the mid-70s. As happens with several Indian wildlife reserves, this one has several villages located inside its boundaries. In 2009, Achanakmar was declared part of Project Tiger, the more stringent Indian effort to save that splendid animal. More stringent, that is, in the conditions it spells out for villages in designated sanctuaries. When Achanakmar joined Project Tiger, the residents of Bamhni and several other villages were told they would have to move out of the “core zone” of the sanctuary, so as to leave the tigers an area where they would be undisturbed.

We were going that day to two villages that were “resettled” outside the core zone close to a year earlier. The villages are now two long rows of identical pista-icecream-green concrete blocks, identically spaced and lined up with razor-sharp precision. Between the rows is a concrete road. There are plenty of trees on the hillsides behind the village, and on either side of the road leading there. But once you reach the concrete blocks, there is not a single tree, and thus no shade at all.

The residents of Bokrakachhar, one of the two villages, sat in front of their own particular concrete blocks, in the shadow of parapets overhead. In the houses across the road, the angle of the sun meant there wasn’t even that much shade. On the walls behind the villagers, I could see neatly wired electrical fittings – switches, plugs, fan regulators, even a glimpse of a fan inside one house. Why, I wondered, weren’t these people inside with the fan on? Why were they out here at all?

Bokrakachhar’s residents’ new houses were wired up nicely for electricity, down to panels on the wall with arrays of switches and sockets, even the occasional fan. But a year after moving in, they still didn’t have electricity. 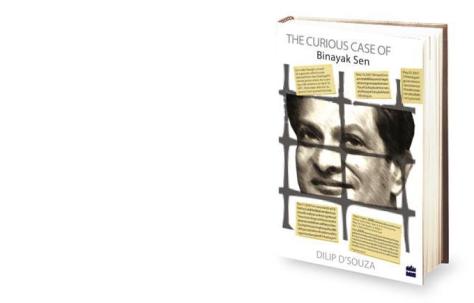 One final note about Bokrakachhar. The Chhattisgarh government has a programme under which people below the poverty line (BPL) can buy 35 kilograms of rice a month, at a price of Rs 3 (6 cents) per kg. Plenty of families qualify for this programme. But plenty also cannot afford even the Rs 3 price. The government paints red rectangles outside the doors of such homes to show that they are eligible to buy rice at Rs 1 (2 cents) per kg. These little red rectangles were plentiful – at times nearly ubiquitous – in Bamhni and other villages I have visited in the area, Bokrakachhar no exception.

I strolled through the village licking an ice-lolly I paid an itinerant vendor a rupee for, as the JSS team did what they had come to do. Yes, I couldn’t help noting that I paid the same for this ice-lolly, without even thinking about it, as Aghan Singh paid for a kilo of rice.

From Bokrakachhar, we drove to another resettled village, Bahaud. Similar razor-sharp rows of pista-coloured blocks, though here a few bare trees broke the monotony. The JSS staff set up their equipment in the porch of one of the houses, then fanned out through the village asking the pregnant women to meet them for their weekly check-up.

Meanwhile, perhaps ten pregnant women had formed a line to meet the Ganiyari team. One by one, they had their height and weight recorded, spoke quietly to the health worker, gave blood and urine samples to be tested. I was not really paying attention to all this, chatting instead with a gaggle of kids.

Until I noticed, with a start, just who was doing the testing. It was a man called Ajay. He sat on a mat in a corner of the porch. In turn, the women squatted in front of him and held out their arms. He pulled a needle from his bag, felt for a vein, inserted the needle and drew a syringe-full of blood. He emptied it into a tiny bottle, asked the woman her name, wrote it on a little label that he pasted on the bottle. Next, he gave the woman a shallow plastic cup and motioned for
her to go behind the house. She got up, walked behind and returned a few minutes later with a little urine sloshing around in the cup. Ajay carefully poured a little into a test-tube and added a chemical, observing just as carefully what transpired in the tube. Then he made a note on a chart.

Ajay is trained well. He churns through this delicate little routine with efficiency, discretion and a minimum of fuss.

He is also the man who drove us here in the Mahindra Bolero.

There’s no reason a JSS driver cannot double up as a sample-taker and pathologist, and in fact it makes the task of outreach that much simpler if people in your team can wear multiple hats. Simple good sense. And yet, something about this situation – that in this resettled village, these pregnant women were being tested by the driver of a SUV – something about it amounted to a commentary on health care in these parts.

Which pregnant woman in our cities, I wonder, has had her vital signs checked similarly?

(Excerpted from the chapter, “Interlude: What Development Means”. Dilip D’Souza is a writer in Mumbai. He blogs at Death Ends Fun.)