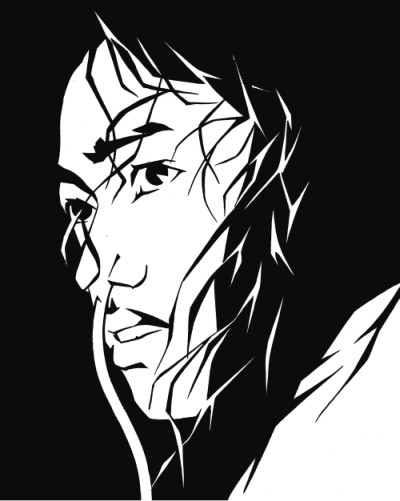 In the month of August, 2016, Irom Sharmila Chanu, also known as the ‘Iron Lady’ and ‘Mengoubi’ (the fair one) announced that she would break her 16 year long hunger fast, which she commenced  as a protest against the imposition of AFSPA (Armed Forces (Special Powers) Act) by the Indian state on the tiny hilly state of Manipur. While some cheered, others were curious, and many shocked and angry at what they perceived as her betrayal of the Manipuri cause. The backlash from her community was quick and ferocious, and newspaper headlines carried titillating stories of how she was rejected by her ‘own’.[1]

While much has been written on Sharmila’s hunger strike, her breaking of the fast, and entry into electoral politics, there has not been an equal amount of discussion on the politics of gender. For instance, the fact that Sharmila’s location in the North-Eastern part of the country has been central to her marginalization and non-acknowledgement[2], or that the mainstream media’s highlighting of her predicament, post-hunger strike, reinforced stereotypes of Manipur as the ‘wild’ and ‘savage’ North East[3] has received considerable attention.

Thus space, place and the politics of ethnicity has driven much of the discussion around Irom Sharmila. I think it would be fruitful for us, as feminists, to pause and consider whether gender had any role to play in the manner in which Sharmila’s hunger strike and subsequent events panned out. 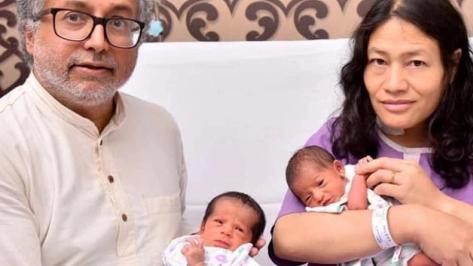 Hunger strikes are not new to Indian politics; on the contrary, it is seen as a legitimate method of protest, and often quite successfully. The withering away of the body, in contrast to the robust authority the State enjoys, belies the latter’s image as a humane authority; particularly when the body’s ordeal is linked to a political cause, in this case, Manipur’s resistance to the Indian State. Sharmila’s hunger strike and her continuous incarceration can be seen in a context where the Central Government, drawing from a discourse on protectionism, has imposed AFSPA claiming ineffectual governance by the state government.

I argue that the continuous incarceration of Sharmila under Section 309 (attempt to commit suicide) of the Indian Penal Code at the Jawaharlal Nehru Institute of Medical Sciences (JNIMS), where she was force-fed by a nasal tube, and portraying her hunger strike as a wanton act of suicide, her body in need of protection and surveillance, was a reflection of the Central Government’s policy towards Manipur. Keeping Sharmila alive, under protection and against her consent, is a benign act of the patriarchal state, the burden of a modern democracy that needs to govern the ‘wild’, ‘savage’ North East, for its own benefit, very similar to the ‘White Man’s Burden’. Sharmila’s body hanging precariously between life and death, struggling against an unjust regime became synonymous with Manipur, embodying her – their – rejection of the humanitarian benevolence of the Indian state, its authority, and its governance.

For the North Eastern part of India, alienated and marginalized from the mainland, to make a dent on mainstream political trends, it must make a spectacle of its protests. And, it is this spectacle that must be displaced. By situating Sharmila’s body firmly within a discourse of national security, she no longer remains a spectacular resistance, but becomes a law and order problem. However, Sharmila’s death would implicate the state as an unfeeling authoritarian entity, thereby demolishing its image as progressive modern nation, making it lose its credibility in the international community. Sharmila’s death would also make her a martyr— a young brave girl sacrificing her life at the altar of a masculine, inhuman state machinery. Thus, Sharmila’s body was framed within a double bind: an object of ‘care’, to be kept alive through force feeding, and as an issue of ‘national security’, which legitimized the continued incarceration, monitoring, and surveillance of an unruly body. The incarceration and disciplining of this body was essential for the continuation and reproduction of the Indian state as a benevolent paternalistic state, which would not let Sharmila die.

By the same logic, AFSPA was required to discipline the unruliness of the Manipur state, imposed on them by a benevolent patriarch, for their own good and for the good of the nation.

Fast forward to August 9, 2016. Sharmila announces not just breaking of her fast and her decision to marry her long term partner of British origin, but also her desire to contest elections against the three-time chief minister Okram Ibobi Singh in his home constituency. This decision, surprisingly, invoked anger, hurt, pain and accusations of betrayal, not just from the people of Manipur, but also her family, and members of the Meira Paibi (a very strong and influential Mother’s Group in Manipir).[4]

Why did Sharmila’s breaking of fast invite such condemnation? The iconization of Sharmila’s resistance was premised on her body as the symbolic representation of Manipur’s resistance to the Indian State, and this hegemonic discourse depended on not just a denial of her subjectivity, but an extinction of it. The charge of ‘betrayal’ directed towards her is a classic patriarchal trick to delegitimize the feminine subject, when she refuses the normative script of gendered existence. Tying it down to the cause of revolution/nationalism implied that the failure to perform one’s gendered role is not just bringing dishonor to the self/family but also the community/nation.

The right to speak in the public sphere is a male right, whether it is the polis of classical Greece or contemporary India. A cursory glance, at both representations and treatment of women politicians, across the political spectrum, whether it is Atishi Marlena, Mamata Banerjee, Mayawati or Uma Bharati tells us, that one needs to fit into a certain gendered stereotype to be able to speak and participate in the political life of the country. Thus, for Sharmila, the possibility of articulating a politics of resistance had to be crafted within the limiting effects of gender norms and hierarchies that inflected the ways women could participate in the civic and political life of the state.  When one makes a comparison, it may seem that Sharmila and the Meira Paibi (whose members staged a nude protest in front of the Kangla fort in 2004 to protest the rape and murder of Thangjam Manorama Devi) are divergent, but they are divergent only in terms of the differing norms within which they crafted their movement; in both cases, they appealed to extant tropes of gender.

While Sharmila, unmarried and childless, went on a fast to protest AFSPA, the members of the Meira Paibi relied on the norm of motherhood to register their protests. During her fast, Sharmila transcended the flesh and blood body and became synonymous to the abstract body of Manipur. Her iconization was premised on the pre-sexual, the celibate ascetic model of political martyrdom. These factors contributed to her exalted status. For her, to return to the social – food, marriage, and elections – destroyed the basis of her iconization. The return from the abstract to the feminine, everyday, desiring, hungry body delegitimizes Manipur’s struggle against the paternalist occupying Indian state. Thus, her decision to end her fast, to marry outside her community, and to enter mainstream politics brought in allegation of betrayal of the struggle against the Indian state.

What does Sharmila’s fast imply for the principle of kinship-community and nation? Sharmila with her fast remained outside the domain of politics, but without whom, Manipur’s politics does not exist. Languishing in a hospital room, force fed, and cut off from her community, she existed outside the political domain, yet, her non-existent existence is essential for the political. Her breaking of fast, thus questioned this very non-existing existence, as the new language that she spoke transgressed the very boundaries by which her politics was supposed to be contained.

When Irom spoke up, hungered for food and intimacy, when she entered mainstream politics, she spoke the language of the state, a state she opposed. Her politics lost its ‘pure’ feminine character— one of self sacrifice, nay martyrdom— and attempted to enter male domain, breach male authority, and challenge the state in its own terms. No longer an object of pity, a symbol of Manipur’s resilience and courage, or even representative of a subjugated population starved by the Indian state, but one who claimed her right to speak, in terms equal to the one she opposed. So far, her resistance was articulated in a language that that was corporeal, lived, and emotive, however, this embodied language of resistance could not inhabit a world where hegemonic practices fail to recognize, in fact, actively suppress feminine agency. Understanding the limited nature of this language of resistance, Sharmila chose to speak the language of power, the masculine language of electoral politics, thus transgressing the boundaries that, in the first instance, shaped her resistance.

Her act of eating, marrying a ‘foreigner’, and contesting elections transgressed gender and community norms. Her refusal to accept that her deed of consuming food and entering into marriage had compromised the honour of the family-community-nation marked the failure of the Law that governs all social interactions, particularly the relation between the oikos and the polis. Sharmila’s acceptance in the political sphere, as the face of Manipuri resistance, depended on her non-participation, as well as her release from the feminine realm of kinship, marriage, and reproduction. Human, but not fully human, withering away under the non compromising gaze of the Indian state, residing in the border of life and death, public and private, belonging to none, she embodied gendered norms that legitimized her participation in the public domain. Her desire to re-enter the realm of food, conjugal relations, and kinship arrangements delegitimizes her as a representative of the people’s struggle.  Her re-entry into the private realm necessitates an exit from the public, as rules that govern the public and private insists on a gap, that is not necessarily a separation, between the two. Sharmila’s defiance was heard, her resistance resonated, but the price would have to be her death.

Her refusal to comply with the rules and expectations of her community, the norms that govern the lives of women entering the political realm and, ironically, her desire to enter another system of kinship and the social backlash that it engendered, raises the question of how women’s lives are governed by rules of the family-community-nation. How do certain moments, certain matrices of power and social formations secure bodies, give meaning to lives and why does the refusal to comply make the same life less valuable, and thus, easy to condemn? Does her refusal to die, her denial of mute symbolism point to the limits of cultural intelligibility— where women’s participation in the political space is necessarily circumscribed and heavily dependent on norms of gender and kinship. If the private is the pre-condition of the emergence and reproduction of the public, where in this symbolic does one locate Sharmila’s refusal of food and intimacy, and then, her hunger for life?

Caught in a web of discourse and power, where she can only exist outside the kinship-community matrix due to her exalted status of a martyr, and yet, draw intelligibility from the very matrix she is excluded from, her refusal to die and instead embrace life, with all its banalities and frivolities, discredits her as a symbol of resistance.  I submit that Sharmila’s martyrdom and her subsequent fall from grace drew less from her location in the North East, and more from her gendered location within the matrix of kinship-community-nation and the norms that govern such relations.

Panchali Ray is an independent researcher based in New Delhi.