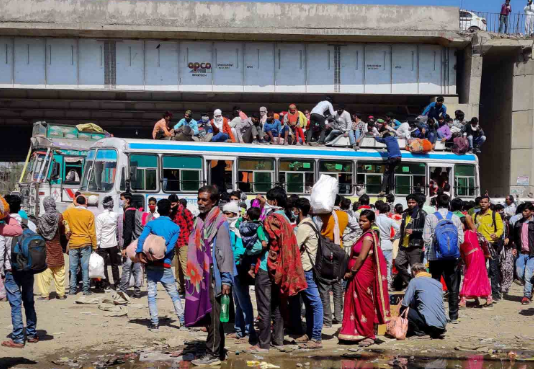 How many policemen in civil clothes are required to deliver a mere summons to an editor of a web journal 700-k away in an age of email and WhatsApp? The recent action of the Uttar Pradesh police, where it sent a posse of 7-8 policemen, in civil clothes, in a black SUV with no number plates, to Siddharth Varadarajan’s residence in Delhi to deliver a summons has prompted this question.

Definitely the police did not bother to ponder over how Varadarajan, editor of The Wire, will present himself to the authorities during a lockdown which has brought trains, flights and even private transport to a standstill.

The manner in which the issue has unfolded has caused an international uproar with 3,500 jurists, scholars, actors, artists and writers condemning Uttar Pradesh Police’s actions against The Wire, and saying that a “medical emergency should not serve as the pretext for the imposition of a de facto political emergency.”

How Chief Minister Yogi Adityanath’s government will respond remains to be seen, but the story in The Wire on the Tablighi Jamaat, which also noted that “Indian believers” responded late to the viral epidemic obviously provoked the powers-that-be into action. The episode has brought into sharp focus the priorities of the government during the epidemic, which it is supposedly fighting a “war” against.