JOIN THE 1200 human rights and women’s rights defenders and civil society activists who have signed this petition.

Text of petition below. Link to sign the petition. 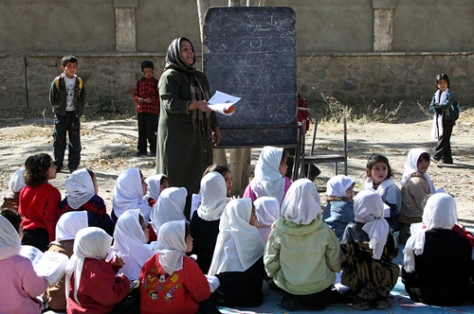 Women of Afghanistan demand a just peace that guarantees the rights of all people.

We, the true friends of Afghanistan and signatories of this open letter, declare our support for Afghan women’s demands expressed below, and join them to call on the United Nations, the government of Afghanistan and national and international actors to fulfill their obligations and undertake responsible measures that would lead to a just peace that protects the interests and rights of all the people of the country.

The women of Afghanistan have suffered through ruinous wars for more than 40 years. Their lives have been impacted by a war in which they have played no role, and which has resulted in in the loss of their human dignity, as well as their innocent sisters and mothers, spouses, children and young people, during a cycle of endless violence, sexual apartheid, kidnapping, rape, slavery, absolute poverty and injustice. Their houses have been destroyed, their children have become orphans and several generations of our people have been displaced in their own land, as well as in the regional states and the world-over.

During the past several decades, more than other groups in Afghan society, women have been deprived of all human rights, of basic living facilities, security, health, education and employment, social, political and cultural activities, and the growth and development of an independent civil society.

Hopes for a better life, which emerged after the cold war despite challenges and continuous political turmoil, is yet again destroyed with war and occupation. The flames of war have been reignited throughout the country and the Taliban has reemerged as a result of America’s irresponsible departure, the weakness of the central government and inaction or support for the Taliban by neighbouring countries, leaving the future and lives of women under serious threat once again.  The Taliban’s systematic violence against women, commission  of war crimes, including the killing of civilians, taking over of houses and looting of properties, rape, forced marriage, sexual and gendered violence and egregious human rights violations, all point to a dark future for the women of Afghanistan.

Alongside the war and increasing violence, rather than being centered around improving the situation in Afghanistan, the peace talks move in the direction of legitimizing numerous perpetrators of war crimes and human catastrophes in Afghanistan. The voices of independent Afghan society and the women who are being lashed, stoned and forced to marry the Taliban combatants are not being heard during the peace talks. The negotiations do not include much on peace and appear more as bargaining for a power grab.

We, a group of international and Afghan activists, emphasize that the women of Afghanistan are equal citizens, and the protection of their rights should be a prerequisite, a unanimously agreed guarantee of all parties during any peace talks.

We ask the United Nations Security General, the UN Human Rights Council, international human rights organizations and the international community to hear our voices before the country becomes an even greater disaster for women, and intervene to protect the rights of Afghan people. We demand that:

1.      All parties to the war immediately adopt a ceasefire while accepting and implementing all binding international humanitarian laws and conventions;

2.      The Government of Afghanistan refrain from using military tactics and strategies that endanger the lives of civilians;

3.      Any change of political order or the constitution happen through elections and by the will of the people of Afghanistan, not through war and military intervention;

4.      Warring parties, including the Taliban, armed opposition forces, international forces and government forces, are forced to accept responsibility and be held accountable for past and current war crimes and atrocities;

5.      The UN Sectary General, the UN Special Representative in Afghanistan, the UN Human Rights Council and other international organizations use all their authorities and mechanisms at their disposal to end this war;

6.      Given the failure of the Doha agreement and the Taliban to uphold international obligations, the Human Rights Council establish a fact-finding mission to investigate and follow up on human rights violations, atrocities and crimes against humanity by the Taliban and other insurgent forces;

7.      The Government of Afghanistan, the international community and human rights agencies cooperate to prevent the Taliban’s organized atrocities and prosecute the perpetrators at the International Criminal Court (ICC) to break the cycle of impunity and end the violations;

8.       The international community, in particular all the countries that have invested in Afghanistan in recent years, as well as the United Nations, ensure the peace talks are real and in compliance with universal humanitarian principles and values during all stages. Such principles and values have been achieved as a result of endeavours and sacrifices of tens of thousands of men and women during more than two decades, and are not negotiable;

9.      The rights to life and security, equality in rights, the elimination of all forms of discrimination and violence against women, freedom of expression and political, economic and social activities of women, ethnic, religious and sexual groups shall be ensured;

10.  Equal access for all children to education, including higher education, shall be ensured in all provinces, districts, cities and villages of Afghanistan;

11.  The right to work and participate in all social and political aspects of life shall be ensured for all citizens of Afghanistan, in particular women, as a non-negotiable right;

12.  Drafting, legislating and implementing the civil and penal laws shall be based on the Constitution of Afghanistan, the national parliament shall be the sole legislating body, and the creation of any non-elected body, including the Supreme Theological Council of the Taliban, and the practicing of any unconstitutional power shall be outlawed.