This guest post by AYESHA SIDDIQA is the text of a speech delivered by her at a recent civil society review of the India-Pakistan peace process, organised by the Centre for Policy Analysis in Delhi. 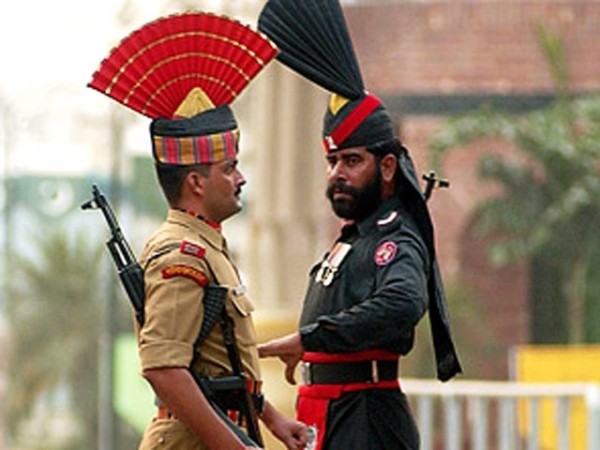 This time it seems better then last time! I suppose this is what we said the last time as well. India–Pakistan relations have a cycle of ups and down: a crest followed by a trough and then a crest again. Although there is increased frustration on both sides for not being able to solve the ‘relationship’ mystery, the leadership and people in general remain eager to have peace rather than war. However, we also remain elusive regarding our threshold of peace, or what would be the cut-off point in settling for peace with each other. This cyclic peace of war and peace has remained primarily due to the peace process being elitist and confined to the strategic/security community. Therefore, I would like to argue three points:

Perception of bilateral interaction and peace

Considering India-Pakistan relations are hostage to history, what do we mean when we say we want friendship? The image of the other as an enemy country remains at least in the security establishment and community. Let me say it upfront that there is no major shift in the way the security establishment and the strategic community at large thinks about India. It is still a threat and will remain so until disputes are resolved. Over the years, India has remained a challenge, one that has only ben aggravated in the wake of the changing strategic situation in the larger South Asian region, especially in relation to Afghanistan. The Kashmir issue has seemingly been relegated to the back-burner but it is still something that is on the minds of soldiers and officers. The question which the strategic community has on its mind is: will peace with India, or diverting attention from Kashmir and Afghanistan to trade and other issues help Pakistan? To put it simply, the strategic community would like to know if there is a roadmap or a concrete solution of Kashmir at the end of the trade tunnel? And if not, then is it worthwhile sacrificing sub-conventional, conventional and non-conventional security options? After all, it takes years to develop critical assets. Its important to add here that though the security establishment is concerned about the deteriorating economic conditions, which many believe could pave the way for a re-assessment of ties with India, it is not under a kind of pressure to ignore the importance of a win-win situation.

Then there are other red lines as well, such as the fear of the regional military strategic imbalance denoted by the India-US civil nuclear deal and a general enhancement in New Delhi’s strength. The complex situation in Afghanistan, in fact, is viewed as an interplay between the US and India to destabilise Pakistan. The security community is concerned about what it perceives as an Indo-US collaborative project to destabalise Pakistan in Baluchistan. Not to forget other critical issues such as water, which has become a matter of greater concern in the region at large. As a result, there doesn’t seem to be any shift in the perception of the security community.

This fear is not new but an accumulative effect. Contrary to what some people in responsible positions in India believe, there wasn’t that absolute clarity and partnership within the security establishment of Musharraf’s peace initiative which was one of the reasons that it fell through. Today, the situation is not any different either.

The Real Stakeholders of Peace

I recently had an illuminating conversation with Indian politician during his visit to Pakistan. A conversation that started in jest was extremely instructive in being illuminative of flawed perceptions and expectations. To a question about why there was a heightened interest in engaging with the ‘hawks’ (actually, between hawks from the two sides), the answer was that ‘the doves have never delivered’. I was naturally tempted to ask as to when had the hawks had delivered? Despite claims made by former foreign minister Khursheed Kasuri regarding the strategic community having a complete ownership of Musharraf’s peace plan, there are varied opinions that contradict his statement. A military, like any military, thinks in terms of threat assessments, which means that even the people to people dialogue could become a threat to sovereignty and ideology of a state.

The situation, hence, is not too encouraging and challenges all the expectations which are developing on both sides for peace and stability in the region. It may be true that some scenarios may not repeat themselves, but there is an equal possibility of the process coming to an abrupt halt unless certain key dynamics are understood. And here I am referring to the alternative stakeholders of peace: the political government and political players on both states. What Hina Rabbani Khar meant, in fact, during her visit to Delhi about the peace process being “un-interrupted” was her government’s commitment to supporting the peace process and hoping that it comes to fruition. It is moving at a snail’s pace to market the idea of working on non-military aspects of the relationship.

Visits to Delhi become frustrating when we see the perception amongst India’s strategic or even the liberal-progressive community of Pakistani political system’s stakes in peace in the region. We are quickly reminded of how politicians have failed to sustain the process, as if, given the situation that Pakistani politicians find themselves in, the Indian politicians would do any better. The fact of the matter is that the political leadership in Pakistan, starting from the early 1990s or even a little before that, understood the significance of peace for the political process itself. It was Benazir Bhutto, for instance, who deviated from the policy of her late father of ‘a hundred years of war with India’. She had reached out to Rajiv Gandhi’s Congress government, followed by Nawaz Sharif who signed the Lahore declaration. Similarly, the PML-Q government in Punjab under Musharraf’s rule could see the benefits of trade between the two Punjabs. There are sufficient studies that have been done in this region to explain the logic of economic cooperation. It is noteworthy that economic ties with India will prove a respite for those who have been affected by the dumping of Chinese goods in Pakistan. Relations with Pakistan may be low-cost strategy for China but it is fairly high cost for Pakistan.

This is not to suggest that Pakistani politicians do not appreciate the sensitivity of territorial claims, but that they understand quite well that war cannot be the method for negotiating peace. It is worth appreciating in Delhi that issues like water raise concern amongst all people, and the politicians are conscious of representing those interests. The present government has produced a negative list of tradable items and has decided to grant MFN status to India despite all the pressures from within. I forgot to ask the Indian politicians then, and would want to ask him now, if he still thinks that doves have not delivered?  The small number of people that visit the borders every year on August 14 and light candles, or the business community, which is consistently pushing the case for increased trade ties – where would we be today if not for these doves? The bureaucrats would not have sat and worked out the details if there was no constituency for peace within the society.

The Pakistani political system is in a state of contestation but is not in a hopeless state. The present government’s survival and a transition in 2013 from one government to another through a normal process rather than force, is bound to create greater space. It doesn’t take rocket science to understand this. Islamabad is currently taking calculated steps to develop a constituency for greater economic ties for peace and friendship. The political system’s survival, and we know there were immense threats to it and still are, is an important milestone. War with India is the military establishment’s raison d’être which the political system is struggling to reduce if not remove entirely.

The reality of a changing Pakistan must be confronted. It is changing in more ways than one. While there is increasing urbanisation and a growing middle class, there is also an increase in Islamisation which is partly owed to Pakistan’s peculiar relations with India. At this juncture, Pakistan is an Islamic state and a hybrid-theocracy which does not mean that is is about to unravel but that it may think of itself and others differently. If India is concerned about the development it has to reach out to the forces of liberalism. Peace with New Delhi will certainly work as a fillip for the political government in Islamabad against the rabid forces represented at the Difa-e-Pakistan Council.

What I’d be interested to know is if this audience has the patience of seeing a political government find the way to peace the same way as they waited for a military dictator (Pervez Musharraf)? Since it takes two to tango, peace initiatives have to be explored. A joint mechanism for resolving energy and water issues, taking measures for relaxing the visa regime, and increasing social and economic contact have to be developed along with negotiations on other issues. The balance of volumes of trade between the two countries will have to be carefully negotiated for political purposes. Similarly, other changes have to be made in creating other openings. So far, we see a reverse situation. An Indian visa now requires a character certificate from the local police – such irrational measures are not going to help build contacts, or stop Hafiz Saeed and his men from coming in either. If the logic is to put moral pressure on a state on stopping miscreants then let me assure you that a character certificate from a constable may not prove proof enough to hold a state responsible for any unpleasantness. However, such restrictions will stop genuine visitors and building of constituencies on either side. There is a fear on both sides of spreading opportunities. I am told it is quite a racket on both sides how longer duration visas are just limited to a handful of people, who incidentally, are part of or linked with the strategic community. In South Asia we love to waste opportunities.

Finally, building the right partnerships is critical. The liberals is India will have to confront the question of who do they choose to partner with. Sadly, Indians cannot pretend to be American-like and seriously limit interaction and partnership with those who can guarantee access to track-I. Choosing partners is vital. Surely, it is important to understand the minds of the security community, but it is even more essential to partner with alternative forces that have genuine stakes in peace and a strong polity. In any case, states engage with each other at several levels. Let me repeat, it is not the talks with the keepers of Hafiz Saeed and Masood Azhar but their effectees and victims who can deliver.

There is a strengthening of the religious right and the militant forces which must be countered with an alternative narrative and process.

(Ayesha Siddiqa is a well-known independent military analyst based in Islamabad. She is the author of Military Inc: Inside Pakistan’s Military Economy.)

7 thoughts on “Who are the real stakeholders of Indo-Pak peace?: Ayesha Siddiqa”