In an open letter, Mr Shiv Inder Singh, an independent overseas journalist from Punjab, claims that he lost his job owing to his criticism of PM Modi’s government.

I am an independent journalist based in Punjab, India. I have been associated with the media industry for the past fifteen years. My work experience includes the time period of five years as an overseas’ contributor for Canada-based radio stations in Ontario, Alberta and British Columbia. In that capacity I have been giving daily news updates and political commentary on India at these radio channels.

I want to bring to your knowledge that the Vancouver-based Radio Red (93.1) FM for which I have been working since October 2014 has arbitrarily suspended my services due to political interference which amounts to trampling of freedom of expression.

I have been working with Radio Red FM since October 2014. As per the understanding reached between myself and the management of Radio Red FM, I was supposed to give daily news update and political commentary from India during their evening show from Monday thru Thursday. It was also agreed that I won’t be providing similar services to any other radio station in Vancouver area.

As per the arrangements, they used to call me every morning (my time in India) for update and connect me to the host on air. Since then I have been giving my update to different hosts.

For the past several months, I have been having tough time with one of their talk show hosts over political disagreements, particularly because of the policies of the current Indian government under Narendra Modi. It is pertinent to mention that religious intolerance has grown under Modi whose party, the Hindu nationalist Bhartiya Janata Party has a poor record on human rights. The responsible Indian journalists too have been taking notice of these ugly developments and speaking about it openly. Since the Indians living in Canada are also worried about the situation, it becomes important to make them aware of these ground realities.

Unfortunately, Vijay Vaibhav Saini, who is the evening show host has been trying to embarrass me for not being in agreement with him on certain controversial issues. At times we had some heated arguments because of which I had asked the Red FM CEO Mr. Kulwinder Sanghera to intervene. I also told him that I never had any difficulty while working with other hosts on the Red FM team and only this particular host was giving me hard time. But it seems that no action was taken.

The situation turned ugly on July 27, 2016 during the evening show when I spoke about a low scale army dispute between India and Pakistan that happened in the past. Since Indian government was commemorating the anniversary of that episode, I was supposed to inform our listeners about it.

Saini and I disagreed on the politics over the anniversary because of which a brief argument ensued between us. Next day, I never got a call from Red FM as I used to get every morning for daily update, upon which I called the station to find what’s going on. I was only told that the management has decided to make some changes in the programing which might take three months, so until then I was advised to wait and not to give me services to any other radio station in Vancouver. Such abrupt notice had aroused my suspicion. I made some calls to Mr. Sanghera, but he never picked up my phone. Being anxious about my status, I contacted some friends and well-wishers in Vancouver to find out more about it. In the meantime, some listeners kept calling Red FM to find why I am not giving daily updates. All of them were given the same reason that they are going to make some changes in the programming. But the reality came out in open when two personal friends who are residents of BC approached Mr. Sanghera to find about my status. The meeting took place at Red FM office on August 3 last. In this meeting, Mr. Sanghera categorically told them that they had to take this action following complaints from several listeners, who objected to my criticism of Modi and the Indian army. So much so, he also tried to convince them that they had to take such action due to tough regulations of CRTC that does not allow them to offend people in the community and any complaint to them by the community members can result in the shutting of the radio station. He however assured them that once the things settle down I will be readjusted. He asked them to convey to me that I can call him after a week. I did accordingly, but he never picked up his phone.

On August 15, I wrote him an email in which I asked him that how can he do this to me without listening to my side of the story, but until now he has not responded.. In that email I also wanted him to clarify as to how I have violated the guidelines of the CRTC if any, or how can just on the basis of complaints of few individuals it can be assumed that I have offended the entire Indo Canadian community. I believe that the action has been taken against me under political pressure from both the Indian agents and pro Modi lobby that continues to become stronger in Vancouver.

It is pertinent to mention here that a prominent radio host who worked at Radio India 1600 AM had resigned after being pressurized to support Modi and stop criticizing him in 2014. I too used to work for Radio India back then, because of which I am aware of the issue. The matter was also reported in a section of the media. Subsequently, I had quit Radio India to join Red FM.

Last but not least, I am not writing this letter to you to get back on air. My main concern is that the political interference continues to grow in the working of the media not only in India but within the South Asian Diaspora for which the CRTC and other regulatory bodies should be vigilant as such trend is unhealthy for a democracy. Also, the way CRTC’s name is being used to create false alarm among the journalists and the community reflects very badly on your body. Therefore you must investigate the matter at the earliest. 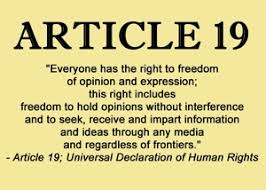 4 thoughts on “No Country for Free Speech : Shiv Inder Singh”