Watching the much-debated ten-minute-film ‘Memories of a Machine’, which has been accused of justifying paedophilia, I remembered this woman:

I met her, a young woman professional working at Technopark, Thiruvananthapuram – where else, in these days, but in the queue in front of an ATM . In response to my grumbling, she told me that she had never experienced any kind of power in her whole life.  She had not even been affected by demonetisation much, she insisted. ‘True, I couldn’t pay the dhobi and the ironing-man, but those were minor inconveniences,’ she quipped cheerily, quite convinced, of course, that the predicament of these two people, definitely as much professionals’ as her, was none of her concern. Indeed, her constant effort was to cheer people in the queue with her don’t-worry-be-happy body-language with which she slipped and slid between acting and sounding like a grown woman and chirping and giggling like a teenager or child. She was attracted to the BJP, she said, because she needed some ‘philosophy’ in her life, to balance the heavy workload she carried in her workplace. As far I could see, her life was such that the philosophy-lesson she would find useful could have been obtained from something as commonplace as a treadmill – start slow, peak up, take regular dips, continue for a spell sufficiently long, stretch after the workout. In other words, her life seemed to be just one long workout, with no indication of when it would end or yield result. But just the feeling that she was on her way was enough to make her cheery to the point of being silly.

That, typically, is the attitude of precisely people who have been so overwhelmed by power, those who never have had a chance to see a sliver if light through a tiny chink even.

Typical of Facebook ‘cinema criticism’, the responses have either been calls to outright ban the film, take it off Youtube, or to celebrate it as a paean to children’s sexual pleasure. The actor’s FB page was attacked and taken down by ‘well-meaning’ angry netizens, again typical of these times.’Memories of a Machine’ is hardly a movie; it is a narration by a single actor, a young wife, to her husband, of her first experience of sexual pleasure as a child. She reveals to him that a peon in her school initiated her into sexual pleasure, that he was considerate, and it left her desiring for more. For many, the actor and director have violated the innocence of childhood; for many others, however, the depiction of child sexuality in the film seemed highly problematic.

I belong to the second set of viewers.If the film deserves criticism, it is certainly not for implying that children do experience sexual pleasure. It is absolutely certain that children have sexual pleasure and they are neither ‘innocent’ nor ‘simple’ in any straightforward way. Children know it, and so do adults, and the myth of the sexless pristine child is produced through the heaviest possible cultural interventions. However, children’s sexuality and pleasure are totally enmeshed in power relations, all of it , from thumb-sucking to masturbation. That is, children’s sexuality is shaped by the relations they have with their caregivers, who are adults and older and younger children , and none of these relations are power neutral, and that is where I find the film problematic – in its near-celebration of what seems to be a completely power-free sexual encounter of a child with an adult. There is a certain naive, almost hippy, assumption that if it is enjoyable, then it is power-free! Now, I am not really sure whether paedophilic inclinations, which could perhaps be identified by/in the paedophile before it manifests in acts, and actual incidents of child sexual abuse are the same, or be dealt with in the same way (but I am pretty sure that dealing any problem solely through hating it and demanding death penalty may not work) – nevertheless, what is being justified in the film is not just an inclination, but an act, recalled in memory.

And, besides, why should children’s sexual pleasure  be depicted as flowing from an encounter with an adult and in heterosexual term? For in most societies, especially ours, children are made to feel guilty about auto eroticism while forced to let the adults your parents approve of touch you (even when that is nonsexual in intent it can be invasive ). Auto-eroticism does not need the direct intervention of any adult in childhood: children discover sexual pleasure  through touching their own bodies and discovering delightful corners and crannies of pleasure in it and in utterly non-teleological ways. Children usually learn about the power relations that structure sexuality through encounters with adults – whether in pedagogy to suppress auto-eroticism or paedophilia , in which the child may indeed find enjoyment, but in terms set by the adult. If this is indeed a film that is about children’s sexual pleasure, I don’t see why it should be told in a heterosexual, power-ridden frame?

Indeed, that framing was what made be think of the young woman I mentioned earlier – the representative of unseeing youthfulness whose treadmill-ride of a life keeps her self-absorbed. The film resembles an advertisement not just because it is so short; the kind of femininity enacted in it comes really close to the youthfulness enjoying its confinement to the treadmill-life, and just like in the nauseating jewellery ads in Kerala’s movie theatres in which the parents notice the daughter’s readiness for marriage, load her with gold, followed by the happy scene of a totally acceptable chap coming to ‘see’ her and falling in love instantly with the golden girl, and then, finally, giggly romance in a scenic place. I found the giggly protagonist rather abhorrent (just like I could not help detesting the perpetually-happy woman in the queue), who responds coyly,playfully, to the authoritative, totally ‘grown-up’ steady male voice who gently coaxes her to ‘reveal’ herself first and then her memories slipping and sliding between childish and womanly registers. Of course, she finds her own treadmill exhilarating: the tiny thali-chain of gold peeping out of the cool-chic nightwear, the confession that her parents married her off when they found her masturbating one day, and how she was lucky that this man was the first one to come to ‘see’ her, and then the happy-ever-after of companionate conjugality, in Bangalore (Ha!). Everything is ‘cool’ – read power-free – the camera, (which we are repeatedly told, is ‘old’) though she finds it invasive at moments, is cool, the husband who gazes through it is cool, the childish stance of being woken up by the husband  who calls her ‘baby’ (like a parent, for sure) is uber-cool, and so is the telling itself, after which she takes off her bra in a gesture of (implied-feminist?) relief! The man tells her that he had answered the very same question when she asked it, but of course, that is not what an ‘old’ camera would be keen to peep into perhaps?

However, there is a moment in her prattling, when the husband drops the word paedophilia, when her face changes drastically, becoming serious, wary, even sombre. That moment passes quickly, and is not matched by her exaggerated protests at the end of her narration about having to narrate it. That moment seems to indicate a tiny chink, a break, however momentary, in her memory’s work of layering and rendering the incident palatable, say-able. If one read the film from that moment perhaps, we would arrive at a different text altogether, one which reveals the work of memory in patriarchy.

This is why I thought that the film would have been read quite differently, if only it had a different title – perhaps, ‘The Machine of Memory’. The present title did not make sense to most viewers, even serious cinema-watchers. Some claimed that the camera was the machine, and others said that it was the woman’s body! Frankly, I don’t know what the title refers to either! Could it be desire – a sweeping and off-the-mark reference to Deleuze and Guattari, an attempt, using a rather commonsensical reading of these philosophers, to indicate that the woman’s body is a ‘desiring machine’? I am no expert, but as far as I know, they conceive desire quite differently, indeed, as nothing that can be nicely corralled within heterosexual, arranged marriage? Is this film, to use these philosophers’ language, really about a woman’s memory of de-territorializing and re-territorializing her space? The child this woman remembers is entirely innocent of sexual pleasure before the man touches her; she is not really complicating any binary, leave alone that of sexual victimisation/sexual empowerment, and there are no ‘molecular becomings’ (i.e. the small, everyday, microprocesses, which are non-linear) in the film that disrupt the ‘molar lines’ (the sedimented structures of constraint)? And after all, there is no child in the film, except one remembered by a woman and it could well be a tabula rasa for her construction? The trauma that glimmers in the woman’s wary, alert expression when paedophilia is mentioned is not opening any space for a new ‘rhizomatic’ subjectivity?

But then if the title had been the ‘Machine of Memory’, then we might have had another set of cues, which would have made it more Freudian perhaps? Memory would then have been seen as the machine-like normalizing and ordering object the film explore, and it would have been about how it works in the patriarchal order, how it is breached in the everyday, and how that breach is quickly mended again? In this reading, the film would have looked like a critical take on the functioning of patriarchy and the everyday possibility of eroding it, however tiny that may be?

I mentioned that I did not like the film. But precisely because no single reading of any text is beyond question and authoritative, I would not go with the shrill and near-pathological chorus that condemns the makers of the film and demands nothing less than its death. Indeed, are there not other ways of dealing with it? Like inserting a warning for content that may be disturbing to people who have had unpleasant sexual experiences as children, and seeking Adult certification and restricted viewing on Youtube? 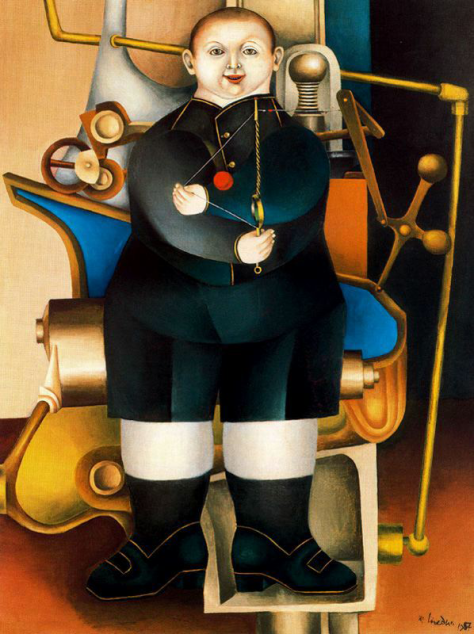 6 thoughts on “Memories of a Machine, or the Machine of Memory?”