Debalin Roy takes us to some specific moments in the rally, aside from the bird’s eye view of the massive rally that we have already seen.

Dalits from all over northern India gathered at Jantar Mantar, Delhi on the 21st of May to protest the Saharanpur violence and increasing atrocities on Dalits across the country.

Although there were representatives from various states, especially from Haryana, U.P. and Rajasthan, Bhim Army took the center stage, with their blue flags waving like a giant dark blue field of tall grass, shaking and waving with every chant of Jai Bhim.

Although the rally was denied permission by the Delhi Police, the Bhim Army led by Chandrashekhar Azad, a lawyer by profession continued with the proceedings and gathered somewhere around ten thousand to twelve thousand people in the capital. (According to some estimates, there were about 20, 000 people at the rally). Other organisations which lent their support to the rally were Yuva Shakti Dal, Dalit Sangharsh Morcha among others.

The rally was organized to raise a voice against the Thakur Community in Saharanpur, who burnt down twenty five houses belonging to Dalits and injuring fifteen of them.

Chandrashekhar while addressing the huge number of people stated that their main reason for agitating is to fight oppression by the Hindu right wing groups especially RSS.

Vinay Tanwar, a resident of Jaipur, Rajasthan, who had come to take part in the rally said, “We have been exploited for hundreds of years, under the present government the problems we are facing have doubled, since the perpetrators now have political backing.” 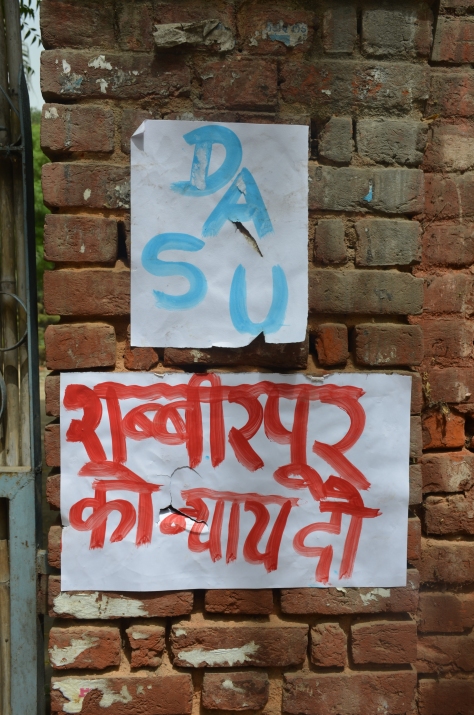 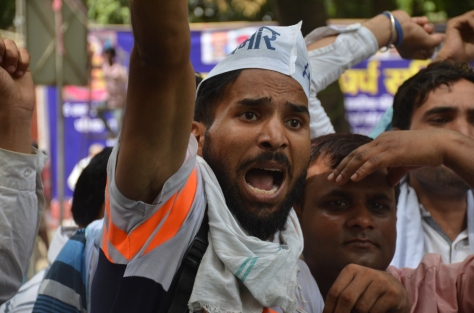 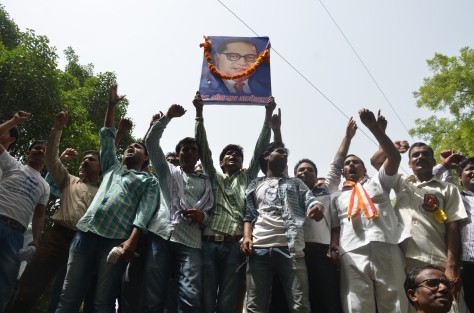