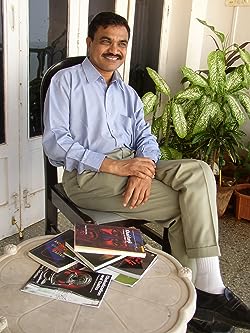 It is rather difficult to begin when you know that within a few days or weeks, one of your close friends could be behind bars under one of the most draconian laws crafted by this Republic.

The world knows him as Anand Teltumbde, but for me he has always been Anand.

Merely four months ago, we were together in a seminar in Vijayawada (Andhra Pradesh) where Anand spoke on one of his key concerns, namely, the divergence between dalit and Left movements.

Later, in an informal chat, it seemed that he had gotten over the period of tension that followed the way his house in Goa was intruded by the police forces in his absence. It was an action which had received widespread condemnation. What was remarkable was that more than 120 professors, research scholars and students from IIT Kharagpur — where Anand worked as a professor earlier — protested this action. This showed his popularity as a teacher and colleague and prompted a usually ‘apolitical’ campus to speak out in his support.

Anand told me about his two daughters — whom I have never met — and told me how they were doing in their lives. One could easily feel that behind the face of a leading public intellectual, who always exhibited the rare courage of speaking truth to power, there lurked a caring father who loved to share little details of his children’s lives with close friends.

It has been exactly after one-and-a-half decade that we met each other for the first time in Mumbai in a seminar organised under the aegis of the Dalit Intellectual Collective (September 20-21, 2003) to brainstorm around the phenomenon of Hindutva in relation to Dalits whose presentations were later brought out by Samya, Kolkata (2005) in a book form (Hindutva and Dalits: Perspectives for Understanding Communal Praxis, edited by Anand Teltumbde)

Anand was unwell for some time when the book was finally getting ready and requested me to write a joint paper with him on the Gujarat scenario, which I readily agreed to. In fact, it was my write-up titled ‘Inverting Dalit Consciousness: Hindutvaising the Dalits, Communalising the Movement’ which he had read on the internet that had acted as a catalyst for our friendship — albeit of a different kind.

In the past 15 years, we did not meet other that frequently, but whenever we met, the undercurrent of warmth and mutual respect could always be experienced.

There have been occasions when I have tried to understand this relationship. Anand is a leading public intellectual, has moved around world, I am basically a Left activist who also dabbles in writing. What is that connects us? I feel that perhaps his incessant drive to discern what his latest book, The Radical in Ambedkar, (co-edited with Professor Suraj Yengde) seeks to do — ‘unpack the radical in Ambedkar’s legacy by examining his life work from hitherto unexplored perspectives’ — that has always attracted me.

I remember he had called me sometime in 2002 after reading my paper and introduced himself to me. Incidentally, I was not unfamiliar with his name then. My memory fails me right now, but perhaps someone associated with the Ambedkarite movement and impressed with Anand’s viewpoint, had given me a photocopy of one of his early books as well, which was published by Sugava Prakashan, Pune, 1997.

Titled, Ambedkar in and for a Post Ambedkar Dalit Movement , the book had thrilled me then for its novel approach towards the dalit movement. Prof Ram Bapat, a progressive voice in Maharashtra, had written the foreword and had rightly said that author has “demonstrated tremendous courage in departing from the hero worshipping style of approaching the historical personalities which is so rampant in our country”. It also had noted the “cultural failure of the Dalits to transcend the boundaries of Sanskritisation, which had resulted in the gross neglect of the issue of gender justice and inequality by Dalit elites” and searched roots of this predicament in the “paradox of history whereby the movement of Dalits — who are the biggest sufferers of the material deprivation — exhibited utmost disregard for material dimension of life.”

The year 2003 saw another book by him, Myths and Facts: Ambedkar on Muslims (Vikas Adhyayan Kendra, Mumbai) that tried to target the attempts at appropriation of Ambedkar by the Sangh Parivar declaring him not only Pratah Smaraneeya (to be venerated at day break) but a great champion of Hinduism, an anti-Muslim who believed in cultural nationalism.

I have always wondered how he has been able to manage so many things together.

An Executive Director of BPCL and Ex-MD & CEO of Petronet India, Professor in IIT and Institute of Management, popular teacher, democratic rights activist and author of 26 books. Each of Anand’s books is original in content, and trying to address the problem in an unorthodox way.

Khairlanji: A Strange and Bitter Crop (Navayana, 2008) mainly focusses on the massacre of a Dalit family (September 29, 2006) and its aftermath but in the process ‘exposes the gangrenous heart of our society’ (Arundhati Roy) and describes how the social, political and state machinery, mass media, judiciary, everyone gangs up first to ‘create the climate for such bestiality and then covers it up.

Returning to the Khairlanji murders, Anand penned The Persistence of Caste: India’s Hidden Apartheid and the Khairlanji Murders (Navayana, 2011), which exposes the myth that caste is a feudal relic, saying that this has been well assimilated not only by Capitalist India, but also by Globalising India. It also argues how anti-caste activism itself has reflected and reinforced the worst stereotypes, identifying foes and friends in obsolete terms, and that in post-Independence India, the authority of caste has found a new ally — the state and its police.

Or look at B R Ambedkar: India and Communism’ (Leftword, 2017) where he brings forth the how Ambedkar planned to write a book ‘India and Communism’, had produced a table of contents for it and also written some chapters. Anand has written around an 80-page introduction to the book titled ‘Bridging the Unholy Rift’ with factual details and references basically to challenge all those who think that Ambedkar was opposed to communism or Marxism.

Anyone who is conversant with the academic world would tell you that the year gone by has proved to be hectic. Apart from heading the Big Data Analytics programme of Goa Institute of Management, where Anand was instrumental in launching a post-graduation course this year, the first of its kind in the country, he was busy finishing two books: Republic of Caste: Thinking Equality in the Time of Neoliberal Hindutva, (Navayana), which received rave reviews by scholars and academics when it appeared, and the other one titled, The Radical in Ambedkar (edited with another Ambedkarite scholar, Suray Yengde, Penguin Random House)

Everybody knows that once Anand is behind bars, for the jail personnel, all the above facts of his life will be meaningless. The men in khaki would not even understand that thousands of people across the world would eagerly wait for his regular column in one of the most prestigious journals of India, the Economic and Political Weekly. Anand will be just another number to be called out in prison.

Today, when there is a strong possibility that the lower court may not grant him regular bail (which has happened earlier in the same case), one is reminded of an episode from French history, known as the ‘Dreyfus Case’

It was early 1890s when a young Jewish military officer called Dreyfus was arrested supposedly for ‘treason’ and was sent to St Helena. The police people had made such a watertight case against the officer that it seemed that everything was lost. But incidentally, the legendary French writer Emile Zola, came to know about his case and wrote a series of articles in the newspapers (titled ‘J’ accuse meaning ‘I accuse!’) explaining the Jewish officer’s innocence and the way he was framed by the powers that be. Suddenly, the move to release Dreyfus gained such a momentum that within a short time the government was forced to release him.

The question arises, who is ready to yell ‘J accuse’ today.