The 6th lecture in the Democracy Dialogues series organized by the New Socialist Initiative was delivered by Com Dipankar Bhattacharya, General Secretary of CPI (ML) Liberation on 20 th December 6 pm (IST) where he spoke on ‘Fascism, Democracy and the Left’

Abstract  : ‘Fascism, Democracy, and the Left’

With the rise of the Modi government, BJP has managed to establish a vicious grip on Indian polity. Parliamentary democracy and the constitutional vision of a secular democratic Indian republic have come under fierce attack. Instead of remaining busy with studying historical parallels we should treat the present phase as the rise of the Indian model of fascism and resist it with all our might. While we can locate the present Indian developments in the context of global economic and political trends in the post-Soviet world, there are strong roots in Indian history and society. One should revisit Ambedkar and the warnings he had issued right at the time of adoption of India’s Constitution.
The Left vision and role in politics has been historically identified with ideas and experiments of building socialism, but the challenge for socialism to offer a superior model of democracy has remained fatally neglected. In the face of a fascist offensive, the Left in India must emerge and assert as the most consistent and reliable champion of democracy. 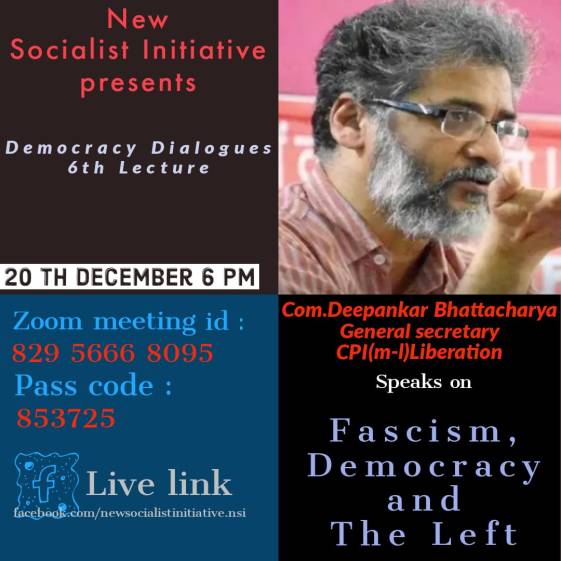