THIS GOVERNMENT HAS STIGMATISED THE VERY IDEA OF PROTEST, YET IT IS STRUGGLING TO MANAGE THE MASS UPSURGE AGAINST THE FARM LAWS. 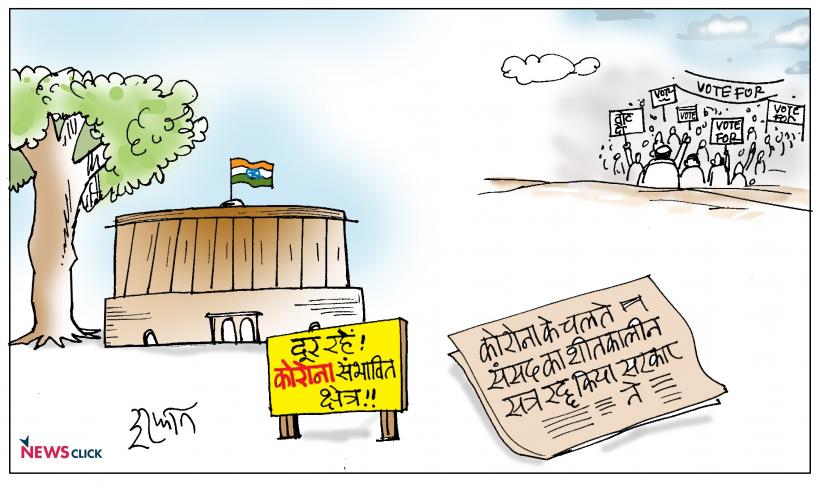 For nearly a month, lakhs of farmers have staged sit-ins on various points along the border shared by the national capital and neighbouring states. Their peaceful movement, which is drawing support from farmers across the country, is meant to persuade the government to repeal the farm-related laws that it pushed through Parliament in September.

The farmers have refused to accept the government’s claim that the new laws would benefit them. They insist that these laws would dismantle state procurement and open up agriculture to contract farming, which would only help big corporations. They have also been insisting that corporations will amass essential food commodities and manipulate stocks and prices, for the government has also revoked stocking limits.

The three laws were initially introduced as ordinances this summer while the Covid-19 pandemic was raging and the country was still segregated into red, green and amber zones. Thereafter, they were passed in Parliament without discussion or debate. The manner of their introduction—rather, imposition—threw all democratic norms to the winds and so farmers see no reason to trust the intention behind them either.

Farmers do not look forward to a time when large retail chains would dictate terms and impose conditions on them. They rightly say that these laws would usher in an attack on the right to food security of working people and escalate food prices, which would hurt all consumers.

The immediate response of the government to the concerns of farmers was to repress and distort their movement. Not a day has passed without fresh abuse hurled at them. Starting from “Khalistani” to “Urban Naxal” to “anti-national” to “fake farmers”, every trick in the book has been tried to stigmatise them. Nor have the authorities made serious efforts to stop those who are maligning this historic peaceful protest.