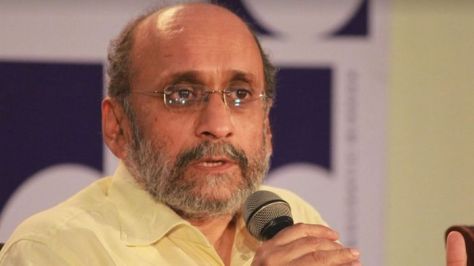 The Media Foundation notes with deep dismay that a lower court in Gujarat’s Kutch region has issued an arrest warrant against senior journalist Mr Paranjoy Guha Thakurta in a defamation case filed by the Adani group.

In June 2017, Mr Thakurta co-authored an expose in the Economic & Political Weekly outlining how the Adani group was able to evade paying the required amount of duty for an export venture with some help from the government. This series of articles was later reproduced in a news website, The Wire. Subsequently, the Adani group dropped the defamation charges against the publishers, the website and the co-authors of the investigation, barring Mr Thakurta.

While we hope that the higher judicial forums will provide immediate relief to Mr Thakurta, it does need to be emphasized that this defamation case is a vindictive act and intended to intimidate journalists and discourage professional journalism. This is part of a larger emerging trend of powerful vested interests misusing the processes of law to harass and hound independent and intrepid reporters and commentators.

The Media Foundation expresses its solidarity with Mr Thakurta and stands by him.

One thought on “Condemn the arrest warrant against Paranjoy Guha Thakurta: Media Foundation”