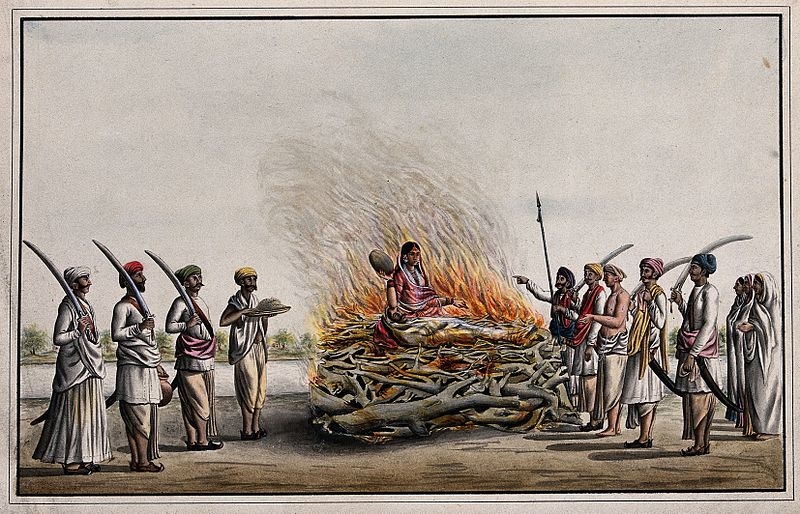 It was the mid-1980s when a 18-year-old Roop Kanwar’s burning on the pyre of her husband — under controversial circumstances — had made national headlines. There was national outrage over the incident because more than 150 years after the banning of this custom — the practice of Sati, was seeing a revival of sorts. One can still recollect how thousands of women had come out on streets then in different parts of North India, glorifying the act in the name of tradition.

Women were ‘celebrating’ a woman’s self-immolation on the pyre of her husband and resisting state intervention which wanted to enforce her autonomy, her individuality!

This may sound strange today, but was true!

India, had its ‘Roop Kanwar moment’ — albeit a bit differently — once again recently when in  Kerala women came out in hundreds or thousands to resist the implementation of Supreme Court judgement that had removed the bar on women aged 10-15 or ‘menstruating women’s entry in the temple of Ayappa at Sabarimala’.