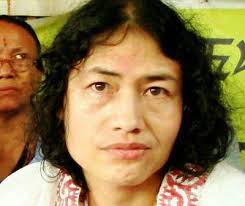 END_OF_DOCUMENT_TOKEN_TO_BE_REPLACED

New Socialist Initiative condemns the attack on the headquarters of AAP (Aam Aadmi Party) office at Kaushambi, Ghaziabad by vigilantes of the Hindutva Brigade and demands stern action against the culprits. Given the inordinate delay by the police in reaching the place and nabbing the hooligans in the case of an emergent political party and high-profile politicians, one can only imagine the safety and security of common citizen under such dispensation.

It is distressing that each time any individual or group has expressed views on the violation of human rights by Armed Forces protected by the draconian Armed Forces Special Powers Act, frenzied jingoism by the rightwing forces as well as by the print and electronic media turn to the rhetoric of hurt sentiments. It is equally distressing that the Aam Aadmi Party too succumbed to such jingoism, found it necessary to distance itself from Prashant Bhushan and turned the question of human rights violation by the armed forces into a question of national integrity. END_OF_DOCUMENT_TOKEN_TO_BE_REPLACED

The recent Supreme Court judgment on the Pathribal case is a lost opportunity. In the Pathribal encounter killing, five innocent civilians were picked up and killed in a staged encounter by the 7th Rashtriya Rifle of the army. At the time, the then Union Home Minister L.K. Advani had gone on record to say that five Lashkar militants who were responsible for the Chittisinghpora massacre of the Sikhs in the Kashmir Valley had been killed in an encounter. After investigation by the CBI, a chargesheet was filed before the Chief judicial Magistrate, Srinagar, implicating army personnel of the 7th Rashtriya Rifle. In 2006, the army was given the option by the CJM to choose the forum of trial, and to either face court martial or be tried by a regular criminal court. Showing contempt for the CJM, the army personnel refused to face any trial, and asked the CJM to return the chargesheet back to the CBI.

END_OF_DOCUMENT_TOKEN_TO_BE_REPLACED

Irom Sharmila has been on a fast unto death for the repeal of the Armed Forces (Special Powers) Act (AFSPA) after troops of the Assam Rifles gunned down 10 civilians at Malom near Imphal airport on November 2, 2000. She is periodically arrested and force-fed by the Indian state.

So what is happening here? Are the people of Kashmir and the Northeast not ‘our people’? This is indeed the message that comes across. And if these people feel that they are not regarded or treated as ‘our people’ by the state and armed forces of India, is it surprising that many of them do not want to belong to India?
In fact, AFSPA allows the armed forces to commit atrocities that would be considered war crimes even if they were directed at a foreign enemy. There is no justification for keeping it on the statute books, because it is incompatible with international humanitarian law. Its enforcement in these states has been one of the main reasons why there has been no resolution of the conflicts in them for decades. Consulting the armed forces about the repeal of a law that allows them unlimited power is worse than useless: why would they ever agree? Surely you ought instead to be consulting people like Irom Sharmila, who has been waging a heroic and totally non-violent struggle against AFSPA for ten years!
Shouldn’t the government be asking her why she is ready to sacrifice her life to get this law repealed? And taking her answer deadly seriously before she dies?
FROM
COMMITTEE FOR THE RELEASE OF DR BINAYAK SEN MUMBAI