It’s an outrage to dismiss valid concerns that doctors and medical journals are raising. 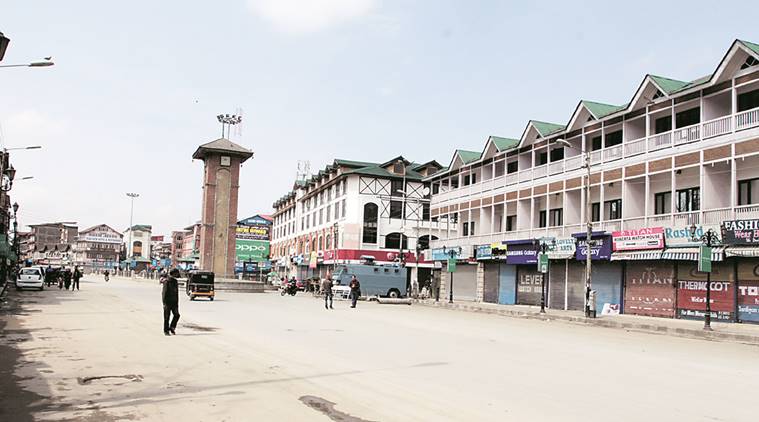 These are strange times. A state can just get ‘obliterated’ from the map of the nation. Constitutional propriety is set aside to deprive millions of citizens of their basic human rights while a significant section of the rest of the country ‘rejoices’ over it all.

A large section of the media has abandoned its role as watchdog of democracy but health professionals are coming forward to speak truth to power.

Reports have appeared that eighteen doctors from across India, including Dr Ramani Atkuri, a public health professional, have written to the BMJ, a prominent medical journal, urging the central government to “ease restrictions on communication and travel at the earliest [in Kashmir] and undertake any other measures that are required to allow patients to access health care without hindrance.”

This group of doctors has thrown crucial light on the humanitarian crisis unfolding in the Valley. One consequence of the crisis is “violation of the right to life and to health care.”

The National President and Honorary Secretary General of Indian Medical Association (IMA), on behalf of its 2.6 lakh members, have written a letter to Home Minister Shri Raj Nath Singh condemning the ‘anti-national’ incident that had taken place recently at JNU. The office bearers have appealed to the government to take strict and necessary action against any persons or organizations or group carrying out any ‘anti-national’ protests, speeches, debates or writings in the country. They have also appealed to the government that investigations should be fair and free and the culprits be punished as early as possible as per the law so that in future no one can dare to do ‘anti-national’ activities in the country. The office-bearers have extended their whole-hearted support to the government in this matter, again, on behalf of it 2.6 lakh members. As per the statement of IMA’s Honorary Secretary General published in The Hindu on 24th February 2016, this letter is also an intervention to tell medical students, nursing students etc. that ‘anti-national’ activities will not be tolerated and that such ‘anti-national’ incidents should be curbed and not debated upon.

For anybody who may be unaware of the ‘anti-national’ incident at JNU being referred to in the above-mentioned letter, here is a description: END_OF_DOCUMENT_TOKEN_TO_BE_REPLACED

[A story appeared on 11 July 2015 in some newspapers about the Indian Medial Association demanding deletions from a class VII NCERT textbook. An immediate response appeared in Kafila to some of the issues raised by IMA.

This post, whose authors Sarojini and Deepa were centrally involved in the writing of the textbook in question, here put certain things in perspective. They present this as an initial clarificatory response to the news report. ]

We are writing regarding an article “Docs oppose ‘negative’ portrayal by NCERT” that appeared in the front page of The Hindu on 11 JUly 2015, Delhi edition by Bindu Shajan Perappadan. The article refers to the chapter “Role of the Government in Health” in the NCERT’s social science textbook on Social and Political Life-II for Class VII students. The article reports that the IMA has written to President Pranab Mukherjee, Prime Minister Narendra Modi and the Ministries of Health and Education, pointing to the “objectionable description” of private healthcare services. The IMA has also demanded “immediate remedial action” stating in their letter that the “matter should be taken seriously and the NCERT should be directed to delete or re-write this chapter”.

In 2007, several NCERT text books were developed, including the textbook in question Social and Political Life-II for Class VII, through a consultative and contributory process in which many of us were involved. The process led by NCERT was a progressive attempt at reviewing and developing content on a range of subject areas and issues in the country, in order to generate knowledge that is as contemporary and comprehensive as possible, and encourages critical and analytical thinking on the part of students.  While the issues were complex, authors / contributors as a group attempted to develop chapters that would reflect an understanding that is rooted in social, economic and political realities, while making them interesting and comprehensible for class VII students. The chapters foreground existing inequalities and discuss the issues around availability and accessibility of health care – including some key characteristics of the private and public health sector. END_OF_DOCUMENT_TOKEN_TO_BE_REPLACED

Manali Shah (name changed on request), a 33-year-old software engineer working in the private  sector, lost her savings of eight years in a day when her father, 65, underwent a liver transplant in a private hospital. “Not only did my savings go, I also had to borrow money from the family to foot the bill. The procedure and hospitalisation cost almost Rs 30 lakh, and we have to continue spending Rs 10,000 each month for medicines, follow-up consultations and diagnostics,” she says

Each round of chemotherapy and radiation costs her almost Rs 1 lakh, but she didn’t consider AIIMS because the radiotherapy machine there is booked for the next seven months. [The cost of one round of chemotherapy in AIIMS was just Rs 750/- at that time, hence the overbooking]. From a report in Hindustan Times, 20 October 2013

Doctor, heal thyself, was my initial reaction when I read the front page report in The Hindu that ‘Docs’ were opposing ‘negative’ portrayal by NCERT. The objection raised by them is that the class VII textbook, Social and Political Life II, contained “objectionable description ” of the medical profession. Or so you believe till you realize, by the time you are into the third paragraph of the report, that the issue is not at all about the negative portrayal of the medical profession as such but of its elite practitioners who are making a killing in elite private medical institutions and hospitals at the expense of the ordinary people.

So it is not doctors in general – those who work in trying conditions in government hospitals – who are raising the objection but the Indian Medical Association that professes to be “the only representative, national voluntary organisation of Doctors of Modern Scientific System of Medicine, which looks after the interest of doctors as well as the well being of the community at large”.  The IMA says the news report, has written to the President Pranab Mukherjee and Prime Minister Narendra Modi “demanding immediate remedial action”. END_OF_DOCUMENT_TOKEN_TO_BE_REPLACED