This release comes from the ASSOCIATION OF PARENTS OF DISAPPEARED PERSONS
The Bund Amira Kadal, Srinagar – 190001, Jammu and Kashmir

Yesterday’s (27th September 2011) statement made by Chief Minister Omar Abdullah on unmarked graves and mass graves is hurtful and amounts to trivializing a serious issue of enforced disappearances and unmarked graves. Association of Parents of Disappeared Persons (APDP) believes that Omar Abdullah’s statement created an impression of him being an advocate of the culpable armed forces personnel as opposed to the representative of the people of Jammu and Kashmir.

Omar Abdullah has said, “The families would have to help us, indicating in which graveyard they suspect their member could be buried so that we will do the needful.” This is a shameless assertion. How would families know where their loved ones are buried? If the family members of the disappeared had any clue, as to where their family members are buried, then they would have already sought the permission for the exhumations from the District Magistrates. END_OF_DOCUMENT_TOKEN_TO_BE_REPLACED

A press release from the JAMMU AND KASHMIR COALITION OF CIVIL SOCIETY
8 JULY 2011: Jammu and Kashmir Coalition of Civil Society (JKCCS), welcomes the recent judgment delivered by the Supreme Court of India in which it has struck down as ‘unconstitutional’ the practice of arming local tribal youth of Chattisgarh as Special Police Officers (SPOs) in order to fight the Maoists. It has asked the Chattisgarh state government to:
·         immediately stop using SPOs,
·         recall all firearms distributed to them,
·         desist from funding the recruitment of any other vigilante groups,
·         ensure the filing of FIRs into criminal activities committed by them, and
·         offer protection to those who need END_OF_DOCUMENT_TOKEN_TO_BE_REPLACED

“There are some tropes that refuse to die,” said a “Quick Edit” titled “Of Political Tourists” in Mint on Tuesday, 14 June, “In Jammu and Kashmir, it has to be stone pelters, marauding security men and an ineffective government.” The edit forgot another trope there: the lies and obfuscation that the Delhi media indulges in when it comes to Kashmir. A good example of this is the “Quick Edit” itself, even if it was just 157 words long.

The “Quick Edit” derided human rights work as if it ‘human rights’ is an anti-national and unconstitutional ideology. It supported the Jammu and Kashmir government’s decision to disallow the journalist and human rights activist Gautam Navlakha into the Kashmir Valley. In doing so, it echoed the views of the Jammu and Kashmir chief minister, Omar Abdullah, that activists should be kept away from Kashmir in the summer as they cause political unrest. No wonder that Mr Abdullah recommended the “Quick Edit” on Twitter with a brief comment: “LOL. Short but says it all :-)”.

The edit derisively called activists like Navlakha “political tourists”; would the editors describe the security forces stationed in Kashmir as ‘military tourists’? The edit argued that allowing Navlkaha and activists like him into Kashmir would affect “peace and economic rebuilding,” and said that such people “should be kept away and fed ice cream. There are plenty of flavours in New Delhi.” This suggests that last year’s bloody summer in Kashmir was caused or at least aided by Mr Navlakha and other human rights activists. Perhaps Mint‘s editors were enjoying ice-cream in Delhi and did not want to indulge in conflict tourism. Ignorance, however, should not lead to lies. It is thus pertinent to recall what happened in Kashmir last year.

On 8 January 2010, Inayath Khan, 16, was returning from a computer coaching in Srinagar and was killed by CRPF personnel who were chasing away protestors. After the bullet hit his thigh, he was hit by a CRPF vehicle and eyewitnesses say, CRPF personnel trampled upon him with their boots and beat him with their gun butts.

On 31 January, a 13-year-old, Wamiq Farooq, was shot in his head by the J&K police with a tear gas shell. He was playing carrom in a room when this happened.

END_OF_DOCUMENT_TOKEN_TO_BE_REPLACED

Two monoliths of pro-India politics in Kashmir, Mufti Muhammad Sayeed and Dr Farooq Abdullah, are soaring high in the dark autumn skies of the valley like vultures. Below are the 110 bodies of warm-blooded children, boys, men and a lone woman. From these bodies will they and their offspring derive nourishment because serving a nation of 1 billion people is indeed an uphill task.

The way Madhu Kishwar and Prem Shankar Jha are lobbying for Mufti at every seminar in New Delhi demonstrates Mufti’s silence is really studied. What about Abdullah duo. They are neck deep in muck, which reminds one of those famous lines of Gunnery Sergeant Hartman in Kubrick’s masterpiece Full Metal Jacket—you are the lowest form of life on earth…

END_OF_DOCUMENT_TOKEN_TO_BE_REPLACED 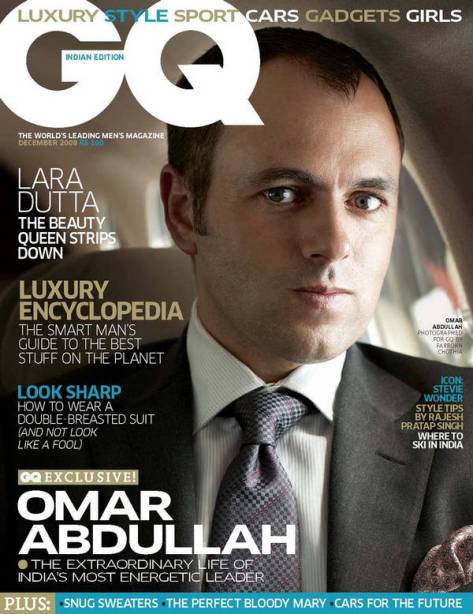 There are various divisions of pain the different classes of people feel in Jammu and Kashmir. Like those bank credit cards which classify customers according to precious metals—Platinum, Gold, Silver—pain is a class thing. For example, when PDP veteran Muzaffar Hussain Baig, after making a long convoluted speech in the Jammu and Kashmir Assembly, said Omar Abdullah’s name figured in the list of the people who used their authority to sexually exploit girls, the junior Abdullah was transformed into a character from a Greek tragedy.

END_OF_DOCUMENT_TOKEN_TO_BE_REPLACED

From: The International People’s Tribunal on Human Rights and Justice in Kashmir END_OF_DOCUMENT_TOKEN_TO_BE_REPLACED

The Indian media has been expressing surprise about the high voter turnouts in the Kashmir elections. The expression of surprise sounds genuine. I am not sure how genuine it is. Is patriotism coming in the way of truth? How can we not see what a Wall Street Journal reporter can?

In the village of Samboora, residents said that Indian Army troops went from house to house on Saturday morning, rounding up families and taking them to a polling station. As a reporter drove into the village Saturday afternoon, an army vehicle with several soldiers stopped by the walled compound of Ghulam Mohammad, pulling the 59-year-old retiree onto the road. Seeing a foreign reporter, the soldiers jumped into their vehicle and quickly drove off. “They asked me why I’m not voting, and I said that’s because I don’t like any of the candidates,” Mr. Mohammad said moments later. “They said, if I don’t vote, I’ll be sorry later.” [Must Read]

And wasn’t this predicted anyway? Didn’t we tell you about Gentle Persuasion? Oh, and they already know who the CM is going to be.