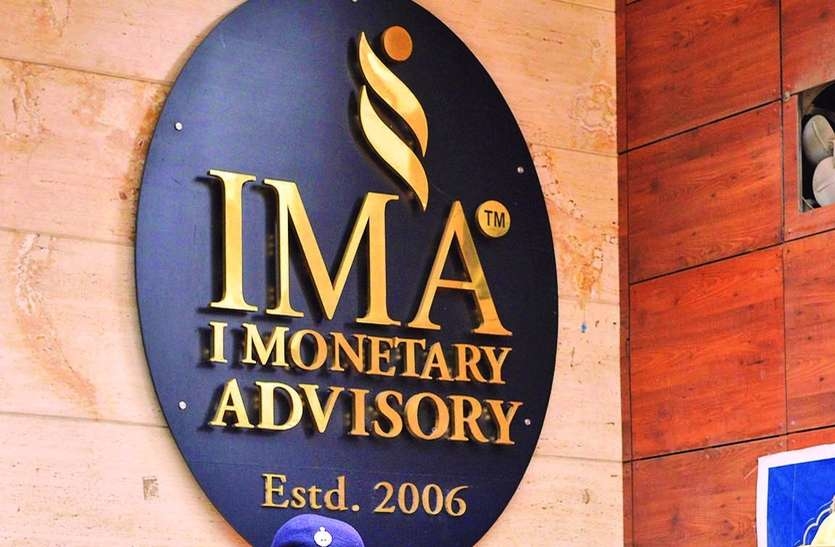 According to rough estimates, the size of the fraud is of more than Rs 2,000 crore and a special investigation team (SIT) has been constituted to look into the scam and punish the fraudsters. Apart from the fact that people invest in such schemes because of the promise of incredible returns, what is so particular about these schemes which lure Muslims from various strata to go for it?

One, as ‘Shariat’ compliant fund, they formally claim that they do not invest in companies that deal in alcohol, tobacco, weapons, pornography or gambling, among others.

Two, they do not take “deposits” or pay “interest”, rather convert the investors into limited liability partners and pay the investors dividends.

What is notable is that it is not for the first time that one witnessed a firm being run on purely ‘Islamic principles’ has similarly gone bankrupt. ‘The Milli Gazette’ had time and again reportedactivities of similar fraudsters who had robbed ordinary Muslims of their precious savings under the name of ‘Islamic investment’.

… Another fraud in the name of ‘Islamic investment.’ Delhi-based Al-Fahad investment group downed its shutters in the densely Muslim populated area of Okhla and left investors high and dry. It is not the first instance when a non-banking investment company collecting millions of rupees in the name of Islamic and halal investment schemes has bolted with no trace. (…) According to a brochure of the company, Al-Fahad worked on the principle of participation in profits. The amount invested by people, a group or trust in different schemes was to be utilized to finance various profitable ventures. The profit so earned was to be shared among investors and the company (in the ratio of 80:20).

Four years later, it had reported about another such scam by ‘Al-Barr Finance House’ –headquartered in Mumbai with branches in different parts of India – which had adopted a little different method to defraud the gullible Muslims:

“Islamic” fraud is back, New “al-Falah” on the prowl

While a sizable number of Muslim investors are still recuperating from the scars inflicted by Al-Falah brand of “Islamic” financial sharks, we now have another “al-” brand of companies claiming to be an associate of a multinational Islamic finance group. Unlike Al-Falah, this group has adopted another route for harassing poor Muslims.

Coming back to the busting of the IMA Ponzi scheme, one can also witness a palpable sense of anger among a section of Muslims who are venting against the Maulanas exemplified by what a young Asif told a reporter:

“Hunt down the maulanas and ulemas who went about asking people to invest only in halal schemes. What makes anyone think this kind of scheme is halal?”

This techie had also a word of advice for Muslims:

“Your earnings are halal only when you work hard for it. Otherwise it is haram (forbidden under Islamic law). At least now Muslims should realise this.” (-do-)

It is different matter that this advice is going to fall on deaf ears.

Growing acceptability of halal investment groups among large sections of Muslims is also a reflection of a significant sections remaining aloof from conventional banking systems for various reasons. Sachar Commission had rightly noted:

“The access of Muslims to bank credit, including priority sector advances, is low and inadequate. The average size of credit is also meagre and low compared with other socio-religious communities both in public sector and private sector banks. The position is similar with respect to finances from specialised institutions like the SIDBI and NABARD. Census 2001 data show that the percentage of households availing themselves of banking facilities is much lower in villages where the share of Muslim population is high…. The financial exclusion of Muslims has far-reaching implications for their socio-economic and educational uplift.”

This financial exclusion could be a considered a culmination of various factors. It has also to do with the fact that majority of the population is poor and engaged in informal sector; it is also because of a certain mindset prevailing in the banking sector, which has categorised Muslims and Muslim-dominated areas as “negative zones” (which is documented in the Sachar report), and also for reasons of faith. (Purnima S. Tripathi, “Inclusive Banking”, Frontline, vol. 26, no. 21, October 10-23, 2009)

Any neutral observer can see that these twin factors – shifts in Muslim politics over the world and financial exclusion of Muslims here in India – has led us to a situation where one witnesses proliferation of such schemes when “[o]ne can find these banks in almost every locality where a substantive Muslim population exists”.

As a caveat, one needs to admit that all such ventures cannot be painted with the same brush and there could be quite a few genuine people among them who, as pious Muslims, could be running these ventures with utmost transparency.

Question arises what needs to be done so that separating the genuine efforts one is able to curb proliferation of such schemes among minorities which have effectively turned into ventures where “[u]nscrupulous Muslim shylocks, supported by a section of the Muslim clergy, continue to operate in India and are able to hoodwink Muslims in the name of Islamic or non-interest banking”.

First of all, it is important that government and the Reserve Bank of India (RBI) come forward to take stern action against this kind of scandalous banking. A necessary first step in this direction could be guidelines issued by the RBI are strictly enforced in all such cases which pursue financial activities of the banking/non-banking kind under the banner of ‘Islamic Banking’ or Sharia Compliant Funds etc.

Secondly, it is equally important that special attempts are made to end the financial exclusion of Muslims – evident at very many levels – by adopting special measures to accomplish it.

Thirdly, it is also important to raise broadly two categories of questions:

– How did Ulemas or Islamic scholars of yore looked at introduction of modern banking?

– How countries which call themselves Islamic look at this proposition; are they ready to convert their modern banking system into Islamic Banking or have kept their efforts at a symbolic level only?

It is instructive to look at the debates in colonial India between Muslim scholars when modern banking was being introduced and a section of the Ulemas who objected to it on the basis of their understanding of Islamic principles. In his important intervention on the subject, Ather Farouqui tells us:

According to eminent Muslim thinkers of the twentieth century including Maulana Shibli Nomani and Allama Iqbal, bank ‘interest’ is a profit on investment or charge on capital and when it is not exploitative, it is not riba.

He also quotes a

…a letter dated January 17, 1932 to Khwaja Abdur Raheem, Allama Iqbal writes, “Interest in every form is prohibited. But this is so in an ideal society. Fatwa of Shah Abdul Azeez is that to draw bank interest is permissible.” [B.A. Dar (ed.), Anwaare-Iqbal (Karachi: 1967), p. 245 (publication house not known)]

What does the experience of Islamic countries tells us on this matter. One can refer to Farouqui’s observations once again:

In Saudi Arabia, banks, are involved in charging and paying interest. The only difference from other modern/conventional banking is that they ’employ semantics’ and instead of using the term interest use the terms profit-loss sharing. Looking at the fact that it is an oil-rich economy, banks there rarely face losses and the depositors ‘share the profits’ which is not considered ‘riba’ (usury)

The most interesting case vis-a-vis Islamic banking pertains to Pakistan. Here few years back Islamists demanded to overhaul the conventional/modern banking system for an end to the interest paying system. The Federal Shariat Court also ruled in their favour but the government did not take it up in the legislature. When the matter went to Supreme Court, it has set aside the judgement and the matter is still pending.

Even in an Islamic state such as Pakistan, therefore, interest-free banking has till date been unsuccessful largely due to the lacunae in the existing system but also as a result of the dichotomy between overemphasis on religious principles while trying to find one’s place in a globalised market economy.

Last but not the least, one also needs to brood over the fact that in a polarised ambience whether such a move would prove really beneficial for those Muslims who are financially excluded or would it pave the way for their further pauperisation?

One thought on “How Many More ‘Halal’ Ponzi Schemes?”