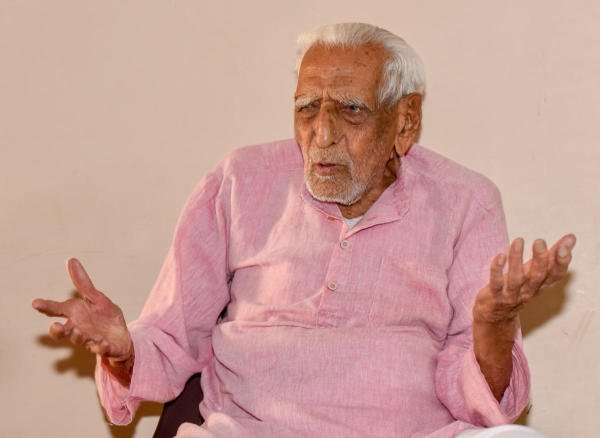 I’m glad you spoke. Even though it was devoid of any personal remorse and limited to calling the Dadri lynching an “unfortunate and unwarranted” incident at Sasaram. Even though it was to cash in on ‘communal harmony’ during an election rally in Bihar. Even though it was a mere paraphrasing of the President’s quote once before at Nawada (we know of your limited vocabulary beyond acronyms and your “may-the-force-be-with-you” love for quoting). Still, I’m glad that you managed something! However, the one thing that you have failed miserably to manage (and let’s leave the ambling economy and your familial relations out of this) is the ‘fringe elements’ that come as part of the ‘BJP family pack’ offer.  Sadly, under your ‘good governance’, the fringe has been asserting itself as the mainstream. Even sadder is that under ‘you’, the fringe is the mainstream.

The icing on the cake are your own MPs and ministers. Initially, what I thought of as verbal diarrhea on their part is actually proving to be a string of comments that are a part of a larger orchestrated communication message. Each message has a defined audience suited to their language and idioms. They all suffer from a dangerous saffron strain, exactly the kind that has fathered the ISIS, the Taliban and so on. Whether it be Yogi Adityanath’s remark, calling on Hindus to organize themselves; or Sadhvi Niranjan Jyoti’s unparalleled comparison between a “Ramzaada” and a “Haramzada”; or Nitin Gadkari’s reminder of the government being one of “Rambhakts”- all seem to be competing for being the most ridiculous. Did you mean “Hindutva First” and not “India First”? I’m sorry that I was so awestruck by your gazillion rupee election campaign (the one thing that you managed brilliantly) that I didn’t read the fine print. Therefore, it is not your failure, it’s mine. Had I voted sensibly, Mohammad Akhlaq wouldn’t be dead today. END_OF_DOCUMENT_TOKEN_TO_BE_REPLACED

Every newspaper in India carried the same headline on Friday, the 9th of October: ‘Modi breaks silence on Dadri lynching.’ It says something about the breathless desperation of the Indian press to hear the prime minister say something, anything, that could be interpreted as his disapproval of political barbarism, that there wasn’t, in fact, a word in his speech about the Dadri lynching. – Mukul Kesavan in ndtv.com

You know what has been agitating the minds of millions of us, Indians — the future of our pluralism. You have stated your position in terms of ‘sabka sath, sabka vikas‘. And this is quoted and cited on your behalf repeatedly as a mantra. But, Pradhan Mantriji, this is certainly not adequate. We need to hear you, our Prime Minister, directly and clearly and with an urgent reference to the present situation, which is nothing less than a tragedy. Over the last few months we have had more than one tragedy. Can we really not see the connections between the so-called stray incidences all over the country, from the murders of Dabholkar, Pansare and Kalburgi to that of Mohammad Akhlaq. Your direct voice needs to be heard now, unless you do not consider this an event of significance. And now, the ambiguity of what you said yesterday only makes me send you this appeal for your truthful intervention. TM Krishna’s Open Letter to the Prime Minister

While Modi’s cheer leaders in the media were telling us that the prime minister had finally ‘broken his silence’ (see Apoorvanand’s piece on this here), there were others who read the meaning of his speech far more  accurately.They knew exactly what Modi was saying; they knew without having to do a content analysis of His speech that, if anything, despite being shamed to an extent by the President, Pranab Mukherjee’s statement the previous day, he actually refused to say anything about the Dadri incident let alone condemn the crime or its perpetrators. They understood clearly that his speech was merely a continuation of his sinister and devious silence. They understood like no media commentator or analyst did that what he said in Munger was a green signal for them to go ahead with their activities. Thus what happened in Mainpuri today is nothing to be surprised about.

END_OF_DOCUMENT_TOKEN_TO_BE_REPLACED

The following is a report on the Dadri beef rumour and lynching, prepared by a fact finding team from NEW SOCIALIST INITIATIVE, PEOPLE’S ALLIANCE for DEMOCRACY and SECULARISM, SAHELI and DELHI SOLIDARITY GROUP, released in New Delhi on 05/10/2015

On the night of 28 September, in a heinous instance of hate crime Mohammad Akhlaq a resident of Bisara village of Dadri in western Uttar Pradesh was lynched to death and his son Danish brutally assaulted by a mob of villagers over a rumour that Mr. Akhlaq and his family had slaughtered a calf and consumed its meat. Just before the lynching, an announcement was made from the local temple to spread the rumour, and within moments a mob constituted itself and attacked Mr. Akhlaq resulting in his lynching. Mr. Akhlaq’s son Danish has been in hospital since that night and despite undergoing two brain surgeries his condition is still said to be critical. END_OF_DOCUMENT_TOKEN_TO_BE_REPLACED