It was probably late sixties or early seventies – when a gentleman called P N Oak started appearing in Marathi magazines peddling his weird theories about well known monuments in and outside India. An article which made lot of news then was centred around Taj Mahal where it was claimed that it was ‘Tejo Maha Aalay’ or hindu god Shiva’s abode. It tried to establish through various ‘explanations’ that a Shiva Temple was destroyed to build Taj Mahal and if we dig deep we can find ‘remnants’ of the earlier structure. Mr Vinay Katiyar’s latest advice to Uttar Pradesh Chief Minister Yogi Adityanath that he “should go into the Taj Mahal and see the Hindu signs inside it” reminded one of P N Oak. END_OF_DOCUMENT_TOKEN_TO_BE_REPLACED 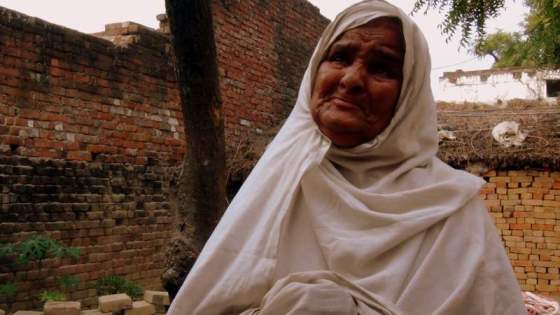 Faizabad 9 November 2012: An investigation team of Rihai Manch visited the Bhadarsa village which was affected by communal violence during Dussehra celebrations. The team found out that the violence was well planned and was executed by communal elements in connivance with the administration. The role of the media in this incident is also suspicious. The team also found that the administration is forcing the affected families to erase any evidence of the incident and they have not even been compensated. No FIR has yet been registered yet. The team has also requested the Sheetla Singh Investigation Commission (constituted by the Press Council of India) to visit the area. END_OF_DOCUMENT_TOKEN_TO_BE_REPLACED