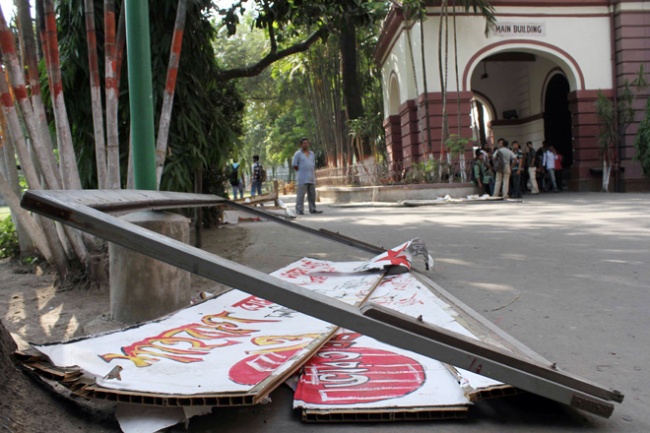 Guest post by WALED AADNAN: On 10th April, 2013, an unprecedented incident happened at Presidency University (erstwhile Presidency College), Kolkata. Now, unprecedented is a strong term when it relates to Presidency College, because it has, over its 196- year- long history,  seen much. It has been broken in by rioting mobs in 1926; in the 1960s and 70s, it was the so-called headquarters of the Naxal movement in Bengal; it has nurtured Indian Nobel Prize and Oscar winners and consistently over its history. It has been one of India’s elite colleges and a hotbed of left-wing politics.

END_OF_DOCUMENT_TOKEN_TO_BE_REPLACED

Since even the chief minister of Bengal admits that violence was used in Singur to acquire land against the wishes of farmers who owned and/or worked it, there’s virtually nobody who claims otherwise (except our favourite newspaper).

So the line that goes is that it is the state government which botched it up. If only you had allowed the Tatas to acquire land on its own, if only the land acquistion act didn’t require the Evil State to acquire the land… market forces of demand and supply would have prevailed. END_OF_DOCUMENT_TOKEN_TO_BE_REPLACED