Manifold is the un-homely, yet nothing is more un-homely than man — Sophocles

The middle of the previous century is understood to be the termination of all kinds of containments of man, having witnessed the worst containment in the Camp[i]. This termination resulted from a crisis that is both philosophical and political: what is the de-termination of man such that he is not the contained? A summary of this scenario is found in a trivial understanding of Foucault’s statements concerning “the end of man” (The Order of Things) and Derrida’s deconstruction of the notion of the “the end” in his essay “Ends of Man” (Margins of Philosophy). As a result of the exigencies of the philosophical and the political, the concept of the state located itself, in the occidental domain, away from the containers. The State would no longer claim to be the clergy and the sovereign of containers such as race and religion. Instead, the State demanded only the right to primary containment—first Indian and then Muslim, first British then White, first Spanish then Basque. The list, the differences, the classification and the management of all the other containers—religion, caste, language, race, public, private—were left up to the new clerics, the new academic disciplines and the NGOs. If all containers were opened up then everything should have flooded out and mixed to form a substance of a new world of people; rather, a substantiality for the in-terminable formation of people. This new people-substance should have dissolved the traces of all the containers, the way science-fiction often imagines the future to be. It should have left for us tales which are the negative of memories, that is, taboos, or myths. For example, the tales that we received about incest from the ancients, the tales of cannibalism in fairy tales, the tales of the world’s resistance to Nazism. END_OF_DOCUMENT_TOKEN_TO_BE_REPLACED

A year ago in hearing of the assassination of Benazir Bhutto my heart sank as I thought our region was at boiling point.  Over the last week as I heard news of the brutal attacks in Mumbai my heart sinks further as I mourn not only for Mumbai but for our region.

I want to begin with Southasia, borrowing from Himal Southasian.  Himal claims it wants to “restore some of the historical unity of our common living space – without wishing any violence on the existing nation states”.  I want to go further and not only hope for the eventual withering away of those nation states, but also consider the political space of not only Southasian history but of the Southasian present.  And in thinking about Southasia, I can not avoid considering South Asia, as defined by the nation states and their relationship, particularly in the form of SAARC.  And when I remember the last two SAARC Summits in 2007 and 2008, I recall a silence and an emphasis.  Silence on political processes and emphasis on terrorism.  Why the latter and not the former, even from the nation state perspective, both would be important within nation states and between nation states. END_OF_DOCUMENT_TOKEN_TO_BE_REPLACED

As I write, the siege is not yet over. These words may thus appear to some to be premature, to others alternatively unpatriotic or blasphemous. Perhaps this is precisely the reason to write them now: a pre-emptive defence of what will and has already begun to emerge as the next siege: calls for security, for intelligence, forsurveillance, for safety, for blame, and for control.

END_OF_DOCUMENT_TOKEN_TO_BE_REPLACED

In one of the most daring and yet cowardly terror attacks, Bombay/Mumbai has been attacked. In an earlier post we had discussed the question of violence – ‘revolutionary’ violence, and the utter futility of resort to such methods. Violence is not a solution to anything; it cannot be. If anything, it is part of the problem; it is the problem. For violence begets more violence. END_OF_DOCUMENT_TOKEN_TO_BE_REPLACED 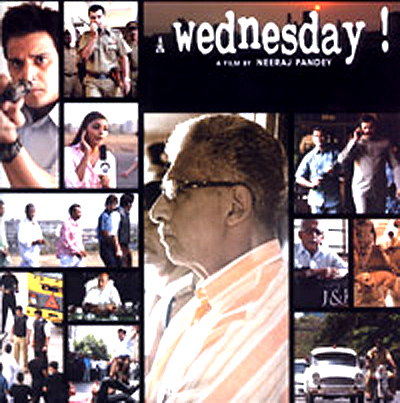 On Wednesday, I met some young men from Dhule. I am not at all sure where Dhule is and I said as much to them. “There was some violence there. It has been in the news lately,” they said. “Did any bombs go off in Dhule?” said I. “No bombs, no. But there was communal violence. It was on the news.” “I only watch prime time news. I don’t usually manage to view the afternoon bulletins. Nor the eleven PM one (informative though they are),” I explained. “So where exactly is Dhule?” I persisted. “It is a district on the north-western tip of Maharashtra. It’s not so far from Malegaon.” Ah, Malegaon! Where the blasts occurred? Finally I had a co-ordinate. END_OF_DOCUMENT_TOKEN_TO_BE_REPLACED

Mumbai, Sep 17 (IANS) Terming the Indian Mujahideen, which has claimed
responsibility for the serial blasts in Ahmedabad and New Delhi, as
fictitious, several Muslim organisations and clerics have demanded
investigations into the possible role of the Hindu right wing in the
terror attacks.In a statement issued here Wednesday evening, 21 Muslim
organisations challenged Indian Mujahideen leaders to come out in the
open and prove their actions.