END_OF_DOCUMENT_TOKEN_TO_BE_REPLACED

I have thought hard about why I want to write this piece at all, since so many others before me, have made robust critiques of Mr B.G Verghese’s well-known views on the Kunan Poshpora mass rape. Past criticism has focussed on questions of his obvious biases– both personal and professional, his misogyny and profound lack of empathy for the victims, his blinding nationalism, the tenor and language of his reportage. Most however accept his version of the facts, given his (often self proclaimed) claims to veracity bolstered by official hospitality, access to documents, and his reputation as an eminent journalist. ‘There was a delay in making an official complaint’ ‘medical evidence shows that the mass rapes did not take place’, ‘villager’s and early official accounts of that night are full of gaps and contradictions’, these have become the pervasive truths about the events of February 23-24, 1991, to the point where his decriers can often only counter him by explaining away the inconvenient and the inexplicable, within the narrative and factual scaffolding that he provides. Mr Verghese points to this when he writes, ‘Sadly, it [the Press Council of India Report] was and is widely criticised to this day, without critics having read it or controverted its substantive findings’. Mr Verghese fails to disclose that until recently no one has had access to the ‘substantive’ material that could allow such a critique, because the state had never disclosed that any other investigative material existed simply replying to RTIs seeking information on the status of the case, with the inscrutable ‘closed as untraced’. The unwieldy length of this piece (8000 words) will, I hope, serve to finally pursuade him that not only is his work read, it is read in painstaking detail.

END_OF_DOCUMENT_TOKEN_TO_BE_REPLACED

This guest post by SHRIMOYEE NANDINI GHOSH is based on two essays about the men and women of Kunan Poshpora, that appeared in the Kashmir Reader dated 1 September 2013, and 13 January 2014.

Information and updates about the campaign for justice and truth for the survivors of Mass Rape and Torture in Kunan Poshpora are available at https://www.facebook.com/KunanposhporaCampaign.

Beneath the horrors of the mass rape committed by  Indian troops in the twin villages that night in February 1991, lies the untold story of systematic torture of men, carried out by the same forces with the precision and deliberation of a planned military operation.

In June 2013, a Public Interest Litigation filed in the  Jammu and Kashmir High Court,   by fifty Srinagar based women, supported by human rights group Jammu and Kashmir Coalition of Civil society (JKCCS) had resulted in a Magisterial order for the  further investigations of the mass and gang rape by Indian army personnel of the women of Kunan, and neighbouring hamlet Poshpora, in Kupwara District of North Kashmir on the night of February 23rd-24th 1991. The police, it appears from the lack of any remotely investigative activities in the villages to have done little if anything, by way of following the court order in the last six months. On 14 September, 2013 they asked for and were granted an additional three months time for further investigations, without notice to the survivors who are legally represented in the case.

However, the closure report, which police had failed to file for twenty – two years, and which had been presented before the Magistrate of Kupwara just weeks before the Public Interest Litigation, in March 2013, had yielded several important previously unavailable official documents. END_OF_DOCUMENT_TOKEN_TO_BE_REPLACED

This is a guest post by SHRIMOYEE NANDINI GHOSH

Day 1: 7th May 2013: I happen to be in Srinagar. I hear through a friend that a Public Interest Petition has been filed by a group of fifty odd Kashmiri women, before the Srinagar Bench of the High Court, asking that the Kunan Poshpora mass rape case be reopened, and re-investigated. It would take a group of very odd women indeed, to ask for something so far fetched. They are students, housewives, teachers, doctors, some of whom were not even born in 1991, when the rape took place on the ‘intervening night’ (as such records always read) of the 23rd and 24th of February during a ‘search and cordon’ operation by personnel of the Indian army.

END_OF_DOCUMENT_TOKEN_TO_BE_REPLACED

Guest post by ABHIJIT DUTTA; all photographs by the author unless otherwise mentioned 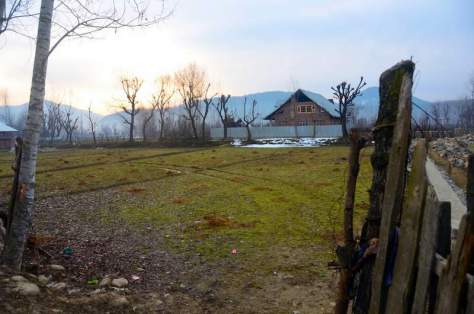 You go past a wooden bridge, past open fields winter-barren and wet with rain. Past mountains with snow on their chin. Past wistful looking poplars. Past a brook with clear water. Past grumpy apple trees gnarled like a grinch.

Then the road narrows, and homes – of timber and brick – come into view. Some have fences, unpainted wood. Heaps of hay, dung cakes, piles of dried leaves left to smoke. Ditches and dykes choked with snowmelt. Leafless walnut trees and brunette willows. The chinars, wild redheads just months ago, now old and arthritic. There is a government school on the right, a madrassa on the left. A few houses of stone, fewer of concrete, tin roofs over all.

Before you walk any further, the village ends. The next village is Poshpora. Like Kunan before it, it looks like any other village in the valley. The two villages are so close that people no longer call them by their individual names. Everyone knows this two-in-one village as Kunan Poshpora. END_OF_DOCUMENT_TOKEN_TO_BE_REPLACED