I can hardly describe the joy and relief I felt reading your piece on the Hadiya case in the Hindu yesterday. By now I am nearly deaf from the cacophony of misogyny, islamophobia, and sheer short-sighted rage that CPM supporters on Facebook are unleashing against this young woman.

Your voice of sanity, Comrade, is therefore a great restorative. If not for your writing, one could have well thought that the CPM was nothing more than a bunch of short sighted, power hungry, strategisers, whose total lack of ethics and values is covered up by a vapid, outdated rationalism and an equally problematic liberalism. You refuse to condemn Hadiya for choosing Islam. You acknowledge that she is brave. You unequivocally reject the father and other minions of patriarchy. You rightly criticise state patriarchy evident in the Supreme Court. Unlike many CPM supporters here, you have no illusions about the times we live in; you are clearly aware that the NIA is not something which will spare us if we stay good. Importantly, you put paid to the idea that the High Court judgement that sanctioned her illegal custody was justified — an idea assiduously nurtured by certain public figures allied with the CPM against religious Muslims. Comrade, thank you again for being so forthright and in the face of snarling islamophobes in your own ranks actually gunning for the voice you raised against her illegal custody long back.

END_OF_DOCUMENT_TOKEN_TO_BE_REPLACED 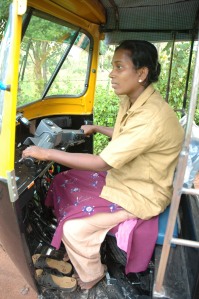 This is the report of a solidarity mission that was invited by Feminists Kerala Network to visit Payyanur and attempt to ascertain the facts around an incident of violence involving Chithralekha, a Dalit woman auto driver, on January 20, 2010.

Feminists Kerala Network is a loose network based in Kerala and outside, of feminists, Dalit activists, queer activists and other individuals involved with new social movements in Kerala.

The solidarity mission consisted of