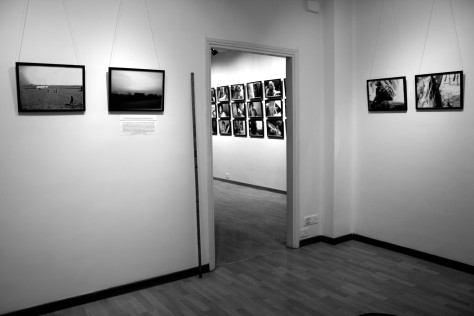 If you are in Kolkata between 27 June and 2 July, you may do well to visit the Seagull Arts and Media Resource Centre, Kolkata, for an exhibition of photographs of Singur. There will also be a panel discussion and a film festival. END_OF_DOCUMENT_TOKEN_TO_BE_REPLACED

In mid-November, a pro-tribal outfit, the Adivasi Rehabilitation Council, demanded that the Kerala Government hand over to them, land leased to Hindustan Newsprint Ltd. The Adivasis had been given title deeds to this land in 2003, when A K Antony was chief minister, but it was never handed over. They dispersed after local revenue officials assured that this would be done.

But when nothing was done about it, the tribals regrouped and went into the land again, building little huts and vowing to start farming. Around November 26th, the 200-odd families were physically removed by truck-loads of CPM cadre.

J Devika on the need for a new perspective on Left politics:

When the CPM-led LDF coalition swept into power in the elections to the Kerala State Legislative Assembly in 2006, the victory was widely interpreted to be the individual triumph of V S Achuthanandan, who seemed to be nothing less than the personification of Principled-Opposition-to-the-State-and-Global-Capital. During the campaign, VS received the mantle of A K Gopalan, whose brilliant strategies of mass mobilization and militancy had made him the most admired and best-loved of all communists in Kerala. Throughout Kerala, life-size posters of a smiling VS proclaimed him Paavangalude Padatthalavan (NM – something like garibon ka masiha)

END_OF_DOCUMENT_TOKEN_TO_BE_REPLACED

“Instead of society having conquered a new content for itself, it seems that the state has only returned to its oldest form, to a shamelessly simple rule by the sword and the monk’s cowl. “

We live in strange times. Really strange times. Just as the news from Kolkata was getting better, it got worse again.The sudden spectre of ‘communal rioting’ has reared its head, as if from nowhere in West Bengal. The All India Minorities Forum, a little known entity led by a busy body called Idris Ali materialized yersterday on the streets of Kolkata demanding the deportation of the exiled Bangladeshi writer, on the grounds that she had once injured the sensitivities of Muslims. Crowds attacked police, pitched street battles continued, the Army was called in. Curfew was declared, and on television, Biman Bose, a CPI(M) and ‘Left’ Front hatchet man, declared – “… if her stay creates a problem for peace, she (Nasrin) should leave the state” (see NDTV report at the end of this posting)

END_OF_DOCUMENT_TOKEN_TO_BE_REPLACED

[As reports started coming in on Wednesday of wanton killings of the local population by a combination of the state’s police forces and that dreaded being called ‘cadre’ in today’s West Bengal, the CPM lie-machine in New Delhi swung into action. Monobina Gupta, a senior journalist who has been covering the Left for almost two decades now, reports on both the press conference and the incidents that brought it forth. Our further information is that two days ago the chief minister Buddhadeb Bhattacharya had called a meeting in Writers’ Building to plan out the offensive. As the report below shows, the Bengali daily, Bartaman had already predicted today’s action almost to the detail – obviously based on information that the CPM finds uncomfortable. We have also been informed that the call went out from the state CPM leadership of “Occupy and Liberate” Nandigram shortly before the cadres swung into action along with the police force. Thirty years of unbroken rule has made the state leadership belief that they can get away with anything. This time they may have miscalculated. It is also worth bearing in mind that faced with feisty women leaders like Medha Patkar and Mamata Banerjee the most disgusting colours of the CPM leadership are coming out. So if Biman Basu had gone on record saying that Mamata is behaving like a spoilt little girl (in Singur), then his comrade-in-arms Benoy Konar had done far better. He announced that women from his party’s women’s wing would “display their buttocks if Medha visited Nandigram”. We will soon be publishing Medha’s recent report after her return from Nandigram where she was actually greeted by a demonstration of buttocks – of about a hundred and fifty little Benoy Konars. Only, the women – even from his party seem to have politely refused. Some hope here – even though the top leadership of the Mahila Samity has been completely silent. Is comrade Brinda Karat listening? – AN]

For the CPM central leadership in Delhi defending police actions in Singur and Nandigram has now become a routine matter. It is left usually to Sitaram Yechury – second in command in the CPM politburo (and Rajya Sabha member) to address the media in Parliament and whitewash the whole incident.

Today was just one more of such press conferences. The CPM politburo member condemned the killings at the same time made it clear that the police had no choice other than to do what they did. “The kiilings are unfortunate. But we condemn such activities that took place even after
the West Bengal state government assured that no land will be acquired without the consent of the people.”