We have in our possession a letter from Indian Prime Minister Manmohan Singh to Sri Lankan President Mahinda Rajapakse explaining why he is not going to attend the upcoming Commonwealth Heads of Government Meeting (CHOGM).

I hope you don’t mind me calling you Mahindar in an endearing manner like a good Punjabi instead of calling you Mahinda! I know you are pissed off with me for not coming to your CHOGM coronation bash next week. But yaar, what to do, these Dravidian fellows got together and spiked my trip.

I mean all the Dravidians, from my own Congress Party too and not just that poet with dark glasses or that Iron Lady in Steel Saree. Even my IMF colleague Chidambaram, a fellow who really admires the way you guys killed so many civilians to get so few terrorists, turned against my visit. END_OF_DOCUMENT_TOKEN_TO_BE_REPLACED

President Mahinda Rajapakse in Sri Lanka and Gujarat’s Chief Minister Narendra Modi in India have positioned themselves as champions of development and good governance. Hardly a day passes without a media comment in the two countries on their respective development achievements. By and large, claims and counter-claims regarding development in Gujarat and Sri Lanka have tended to focus on mobilising data and ‘facts’ pertaining to a range of vital indicators—economic growth, levels of foreign investment, per capita income, employment, industrial or agricultural output, housing, rural infrastructure, roads, electrification, social welfare allocations, etc.

While working with development data is useful and necessary, an approach that relies too heavily on them tells us little about why development matters to the two regimes and how and to what ends it is actually deployed and leveraged by them at this point in time—the focus of this commentary. The question is not just what Modi and Rajapakse are doing for development but also what development is doing for them. Notwithstanding the significant differences between Gujarat and Sri Lanka, as argued herein, there are many striking similarities with respect to how and why Modi and Rajapakse are constructing, invoking and championing the cause of development. END_OF_DOCUMENT_TOKEN_TO_BE_REPLACED

Its now post-Geneva in Sri Lanka. Prime Minister of neighbouring Bharat Ganarajya, the Republic of India, Dr. Manmohan Singh thus wrote to His Excellency the President of Sri Lanka on 24 March, to say, “Your Excellency would be aware that we spared no effort and were successful in introducing an element of balance in the language of the resolution”  and the Indian delegation to the UNHRC had been advised to keep close contact with its Sri Lanka counterparts “in an attempt to find a positive way forward”. The implied message is that New Delhi played its role to hook Sri Lanka to a US sponsored resolution in Geneva, over post war reconciliation and rehabilitation and on accountability during war.

The resolution in short, requires the SL government to, END_OF_DOCUMENT_TOKEN_TO_BE_REPLACED

“There is great chaos under heaven – the situation is excellent.” Mao Zedong quoted by Slavoj Zizek a year ago amidst the revolt against Mubarak in Egypt. 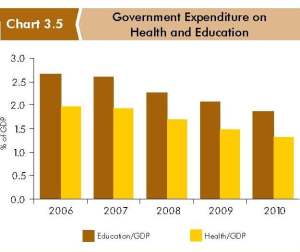 Given recent developments, I am jotting down a quick analysis of the positions, concerns and silences in President Mahinda Rajapaksa’s Independence Day speech today. The tone and substance of this speech is slightly different from the last few Independence Day speeches characterised by triumphalism and exuberance. The context of the speech is the mounting protests on the ground and increasing economic pressures.

The location of the speech in the historical city of Anuradhapura and the reference to Kebethigollawa in Anuradhapura District – the site of a horrific LTTE attack on a civilian bus in 2007 with tens of lives lost and scores injured which contributed to shifting the Sinhala public opinion fully behind the war effort – are attempts to remind the public of the horrors of war, the war victory and to mobilise Sinhala Buddhist nationalism. The solution, at the outset of the speech to all of Sri Lanka’s woes, is emphasised as the government’s “giant development works” as part of the march from “backwardness to modernity”.

END_OF_DOCUMENT_TOKEN_TO_BE_REPLACED

Different sections of Sri Lankans protest against the 18th Amendment

Sri Lanka’s claim to be a democracy has been tenuous for years, but the passing of the Eighteenth Amendment to the Constitution by parliament on 8 September 2010 dealt it a fatal blow. It changed Sri Lanka into a de facto dictatorship like Zimbabwe and Myanmar, where it is abundantly clear that elections alone cannot unseat Mugabe or Than Shwe.