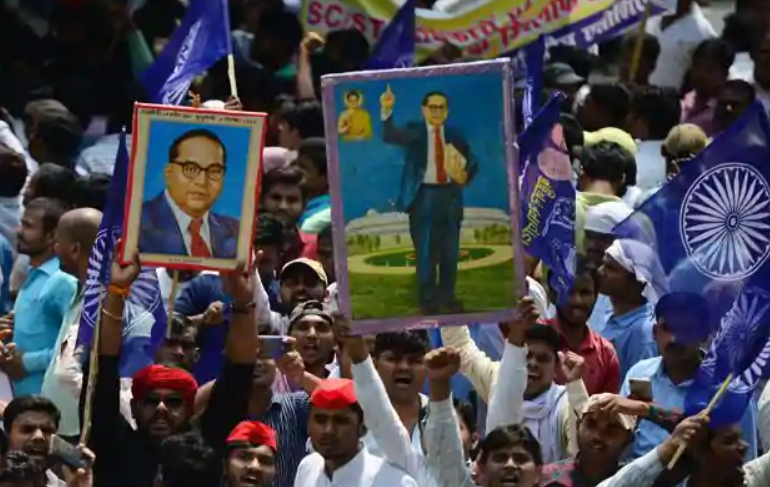 The recent spate of attacks on dalits in the state is an indicator of the fact that the unfolding project of RSS’s Hindu Rashtra has entered a new phase where the community is being construed as the ‘new other’.

When I was born, I was not a child

I was a dream, a dream of revolt

that my mother, oppressed for thousands of years,

Still it is untouched in my eyes

Covered with wrinkles of thousand years, her face

have watered my body….

‘You are Welcome to Enter … Village of Hindu Rashtra’!

It was around two decades ago that headlines in a few national newspapers reported the ‘arrival’ of Hindu Rashtra in parts of Gujarat. A few inquisitive journalists had even displayed photographs detailing the nascent phenomenon then.

The shock generated by the news died down in a short while.

Hardly anybody then could have a premonition that it won’t take much time for the idea of Hindu Rashtra to gain wider acceptability across India with a commonsense gaining ground rather getting consolidated where religious minorities were increasingly understood as ‘the other’.

Could it be said that the recent spate of attacks on dalits — leading to at least three deaths in the past one month in the same state, coupled with growing instances of life of insecurity of many concerning their lives or their continued deprivation by the dominant castes, is an indicator of the fact that the unfolding project of Hindu Rashtra has entered a new phase where dalits are being construed as the ‘new other’, one who could wreck the project of ‘Hindu Unity’ from within.

Perhaps it is too early to draw any such conclusion, but portents are there for everyone to see.

The hunt, it seems, is on again. The CPM in power has begun to show its fangs again, and shamefully, they seem to threaten only dalit people who refuse and criticise their disciplinary/welfarist embrace.  In north Kerala, two dalit women were arrested for having allegedly attacked a DYFI leader who abused them in casteist terms. In the south, the persecution of the Buddhist Dalit Human Rights Movement (DHRM)seems to have begun afresh, with the police and the press foisting on them responsibility for the recent bomb blast at the premises of the Kollam Collectorate. The two women mentioned belong to the Congress party; as for the DHRM, the CPM has had a long-standing grouse against them, carried forward now from their last term in power. I am not sure, but the recent ouster of Laha Gopalan, the leader of the Chengara land struggle in the wake of the CPM’s return to power, could be part of this story too. I have no love lost for that man, who evoked the name of Ambedkar but ran the village set up by the landless in Chengara like a crude caste headman. But the timing of his expulsion and the way the village seems to be under the thumb of the police arouses discomfort. END_OF_DOCUMENT_TOKEN_TO_BE_REPLACED 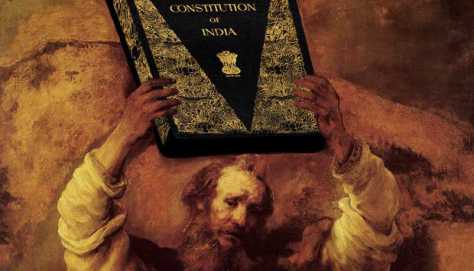 Mujadpur, a village in Haryana’s Hisar district,  which has been in the news recently for what the government  lexicon calls ‘dalit atrocities’, involving murders and ‘suicides’.

Recently, it was hit by another such incident, albeit of a less fatal nature: Members of the Jat community thrashed a dalit man called Ramdhari and his family members and stuffed cow dung in his mouth. Reportedly, Ramdhari installed a statue of BR Ambedkar in his house and that provoked the upper caste Jats.

The irony of this cannot be emphasised enough.

One does not know whether in an area dominated by the Jats, Ramdhari’s perpetrators have been arrested under provisions of the Scheduled Caste and Scheduled Tribe Prevention of Atrocities Act (1989) or not.

Or has the incident been explained away in the light of some vague personal animosity, which is what happened when two children in Sunped were recently killed by throwing of inflammable material in their house by dominant castes.

As the nation begins another series of grand celebrations, this time to celebrate the contributions of BR Ambedkar, the plight of a dalit family for merely installing his statue stares at us in our eyes. It is symptomatic of the gap between the principles and values on which the Constitution is based and the situation on the ground.

Read the full text of the article here.

This memorandum was submitted on 22 March 2012; see full list of signatories at the end 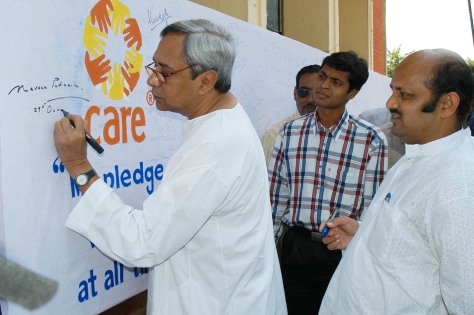 We, the undersigned victims of human rights violation, representatives of various mass organisations, Non-Governmental Agencies, Community Based Organisations, Human Rights Activists, journalists and citizens belonging to the marginalised communities would like to draw your attention to the ongoing atrocities against Dalit Communities in Odisha. END_OF_DOCUMENT_TOKEN_TO_BE_REPLACED

Anand Teltumbde is a noted Bombay-based Dalit intellectual who also wears the hat of a business executive. He has written this book about the lynching of a Dalit family in a Maharashtra village in 2006 to ensure that the incident is not easily erased from memory. He quotes Milan Kundera: “The struggle against power is the struggle of memory against forgetting.” In other words, he sees this book as being a seminal work on the Khairlanji atrocity.

The book begins with Abel Meeropol’s song Strange Fruit, written in 1936 (and not 1939, as the book incorrectly states) about the lynching of two black youth. It is from this song that the book derives its sub-title, “A Strange and Bitter Crop,” which once again reinforces the book’s ambition. Billie Holiday’s rendition of Strange Fruit (in 1939) soon became an anthem for the anti-lynching movement in the US, but does Teltumbde’s book achieve its ambitious goal?

The book’s first chapter is a narration of the events of 29 September 2006, when Bhaiyyalal Bhotmange’s family was lynched to death. The atrocity is reduced in this narrative to a dry report, as if it were from the file of a district magistrate. Sample this: END_OF_DOCUMENT_TOKEN_TO_BE_REPLACED

I gather that the Uttar Pradesh police has become especially sensitive to crimes against Dalits after the Lok Sabha debacle of the ruling Bahujan Samaj Party. I gather that the head of the state police is now flying dowin in his helicopter to areas that are reporting serious atrocity cases, routinely suspending his department’s employees in-charge of the area. I gather that Dalits going to the police station in UP’s villages are no longer being told, ‘Do a compromise. Why do you want to complicate matters? After all inter-caste harmony is needed to make Behenji Prime Minister!’ END_OF_DOCUMENT_TOKEN_TO_BE_REPLACED