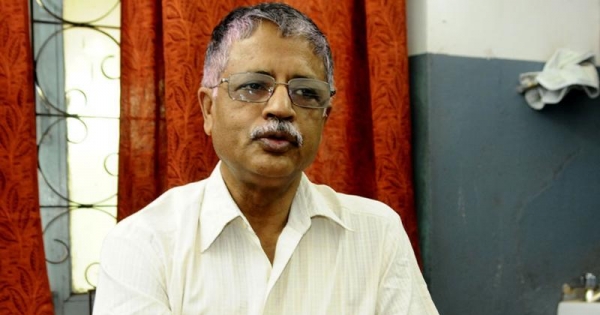 Unidentified persons attacked tribal leader Soni Sori on February 21, hours after she bid farewell to Shalini Gera and Isha Khandelwal, lawyers at the Jagdalpur Legal Aid Group and journalist Malini Subramaniam, when they hurriedly packed their belongings and left Jagdalpur. Over the last few months, they had withstood all forms of harassment and hostility from police officials and pro-police ‘civil society’ organisations in war-torn Bastar. They had been heckled, threatened with dire consequences and targeted via a sustained vilification campaign calling for their ouster from the region on grounds that they were stalling Bastar’s ‘development’.

Beginning 8 February, the pressure intensified. Police first landed at Malini’s house and then JagLag’s residence; they intimidated their landlord and domestic help, kept them in jail for hours together over several days and threatened to implicate them in false cases. Within ten days, Malini and JagLag lawyers had to leave Jagdalpur due to relentless pressure and harassment from the police.

END_OF_DOCUMENT_TOKEN_TO_BE_REPLACED

We are going into a dangerous situation now. It is that time when we all should come together to work against autocracy, state led atrocities, bullying, dictatorship and authoritarianism and any other form of injustice. We all know about JNU case, role of Lawyers & MLA O. P. Sharma in the shameful acts of abuse and warnings to people who take initiative to speak against atrocities and injustice all-over the country. Now Raman Singh’s model of development has also showed us two shameful cases in Chhattisgarh. One is attack on Tribal activist and AAP’s leader Soni Sori who has faced a lot of humiliation, atrocities and pain but always stood steadfast on her path and is still fighting. And one more case of state-led dictatorship is related to Jagdalpur Legal Aid Group, which is a legal aid group to support tribal people who are facing problems in that region in terms of false cases, fake encounters, etc. for details about its existence see this link of the Hindu’s article (http://www.thehindu.com/news/national/a-group-of-lawyers-trying-bring-law-to-lawless-bastar-region/article7735079.ece) They worked for people facing false charges of Naxalism, against controversial encounters and other issues where there is a need to work hard for giving support to the voice of justice among tribes.

This has become problematic for state and police. They first started annoying them, throwing false allegations against their degrees and eligibility to fight case. When they fought and won against those charges now some organizations (with the support of state officials & police) also warned them to leave that place and said that they are Maoist sympathizers. And now finally they left their landlord’s rented home in Jagdalpur when police pressurized their landlord who (according to one member of Jagdalpur Legal Aid Group (JAGLAG) in an interaction to a reporter) is very good for them and they don’t want to be a problem for him. For further details and mail of a member of JAGLAG see the article in this link.

We should think again, is it development where state itself making people speechless and generating more mistrust among people for government, where they do violence by their own way and more than that they are even silencing voices of resistance. These officers will get awards by government like Ankit Garg who shamelessly ordered humiliation and sexual abuse of Soni Sori. They want to silence voices like JAGLAG so that they will punish more innocents in the name of Naxalism as they did with Kartam Joga, who because of lot of efforts of Lawyers and activists found a new life after 3 years’ Jail and pain of brutality of Police. They don’t want any voices of resistance because they know their reality will emerge; so they beat people without any reason as they did with Lakhan Lal and broke his legs just for replying “Laal Salaam” in the dead of the night; their shameful act of humiliating Soni Sori in jail in the name of police inquiries is also for the same reasons. In the name of Anti-Naxalism/Maoism they are trying to silence all voices and justifying all their acts as their friends are trying to do in the name of nationalism in other parts of country. We should support now all members of Jagdalpur Legal Aid Group and raise this issue on all platforms.

We Rise Because We Refuse To Support State Violence On Women.

We Rise Because Rape And Violence Against Women Under Any Circumstances is Unacceptable.

We Rise On This International Women’s Day To Demand Freedom for Soni Sori & Punishment For Her Perpetrators.

END_OF_DOCUMENT_TOKEN_TO_BE_REPLACED

Protests against Sexual Violence continue in Delhi. Earlier this morning, there was a gathering to protest against the gruesome sexual violence committed on Soni Sori while in custody in Chhattisgarh under the supervision of Ankit Garg, Superintendent of Police, Dantewada. Ankit Garg was awarded with a presidential police medal on Republic Day (January 26) in 2012.

Soni Sori’s petition at the Supreme Court is due to be heard tomorrow. END_OF_DOCUMENT_TOKEN_TO_BE_REPLACED

The  International Alliance for Defence of Human Rights in India (IADHRI) is based in the US and has participated in the campaigns for the release of Dr. Binayak Sen, Kopa Kunjam and now more recently Soni Sori and Lingaram Kodopi.

On August 5th, The Indian Express published a disturbing, supposedly investigative story on Soni Sori, implying both that she was guilty of the charge of being a Maoist as well as casting doubt on the activists in India and outside who support her, and who are mainly responsible for bringing into the open the fact that she was and continues to be tortured in prison.

The IADHRI has written this response to the story, rebutting it point by point.

That the media often compromises its integrity for corporate interests and the political elite is not news any more. The recent Sunday Express report titled ‘Soni’s Story’ is symptomatic of a belief that if a lie is repeated often, it becomes the accepted truth.  The report talks of Soni Sori, the Adivasi school teacher from Dantewada, Chhattisgarh, who has been arrested and accused of being a Maoist conduit. With a clever sprinkling of truth, a report can seem unbiased- the reporter appears to be the warrior fighting to find facts and settling for nothing less. It is, however, imperative that fallacies be broken down, and the casual picking and choosing of facts be exposed for what it is. Let us use the same structure that the story uses. END_OF_DOCUMENT_TOKEN_TO_BE_REPLACED

Translation of letter in Hindi written by Soni Sori from Raipur Prison on July 28, 2012.

Letter in name of Supreme Court Judge  from Raipur Jail

Today I am alive , because of your verdict. You gave the order at the right time so that  I could be  medically treated again.  I was very happy during my treatment at AIIMS hospital in New Delhi, but  Your Honour ,  I have to pay for it now. I am being  harassed and tortured here, I request you to have mercy on me . Your Honor I am  suffering mentally .

2. I am suffering from Hunger

END_OF_DOCUMENT_TOKEN_TO_BE_REPLACED

A team of women representing various women’s groups from across the country were in Raipur on 12-13th January to meet Ms. Soni Sori, currently lodged in Raipur Central Jail. Ms Sori is a tribal school teacher who has been hounded by the Chhattisgarh Police as a Maoist conduit. She was arrested in October 2011 and was brutally assaulted sexually in police custody on the night of 8-9th October.

Even after applying for permission as per procedure and repeated requests to various concerned officials on 12th, the women were denied permission to meet her, despite already having an assurance from the Principal Secretary, Mr. Baijendra Kumar, during his visit to Delhi in October.For two whole days the team was shuttled from one authority to the other and back, with each and every official avoiding taking a decision or give in writing any denial or reasons for it. Finally, permission was denied on 13th citing `security’ concerns.