The events preceding the recent death sentence awarded to the rapists of December 16th  Delhi gang rape case from 2012 have certainly broadened  the canvas of discourse on sexualized violence in India. Not only was the institutional sexism that pervades India’s criminal justice system been challenged, but also patriarchal values and norms that sanction and reinforce gender biases were openly questioned.  It was remarkable to watch the unprecedented outpouring from the Indian citizenry from all across  which resulted in the decision of the government to constitute a committee which had the mandate for recommending amendments to the Criminal Law. Recommendations by the Justice Verma Committee in early 2013, undoubtedly paved a way for much needed reform of laws and criminal justice practices relating to crimes of sexual violence. However, this was not true for all the survivors of sexual violence, particularly from the “disturbed” peripheral states of India. For the victims and survivors of sexualized violence from the conflict zones of India – Jammu and Kashmir and Northeast, the discourse ended uneventfully with a reserved/muted  submission of the Committee’s report to the government. END_OF_DOCUMENT_TOKEN_TO_BE_REPLACED 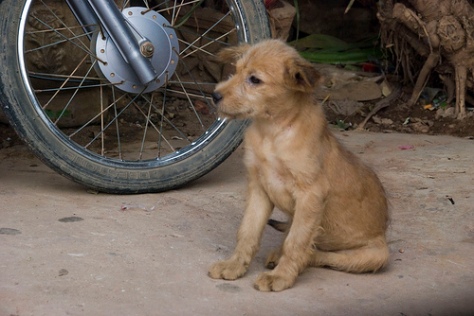 END_OF_DOCUMENT_TOKEN_TO_BE_REPLACED

I woke up in Paris last weekend to the news of the Delhi protests. I felt relieved. People are not just watching or suffering quietly anymore, I thought to myself. I wanted to be there too, out in the streets of Delhi. For all those times I had to suffer sexual harassment in Delhi, I want to be part of this churning for change now.

My Parisian friends asked me what was going on. And I told them about the new “national outrage” and the stories that had been stoking the anger. That’s when I realised I needed to make a list. What was informing my idea of what’s going on? These stories making it to the headlines, do they have something in common?

Yes, they do have one very obvious thing in common. They are all “sensational” news items. They are either:

END_OF_DOCUMENT_TOKEN_TO_BE_REPLACED

Memory: An Act of Forgetting

Right now, just like that
I let a memory of you
Slip through my sleeve
And drop, plop, on the floor.
It had sniveled
Sniveled long
Long up my sleeve!

Really? How did you do it?

I recently read a scathing article on Oprah Winfrey. I was quite shocked. The journalist made such fuss about her honest observations as if it’s criminal to not know something. However, what were more astonishing were the serendipitous parallels between her journey to Indian and mine to US. And when I read the article, I almost felt as if someone was mocking at me. I felt outraged and decided that I’ll write this note in solidarity with Oprah. Perhaps then, people will see the injustice done to her. Well, I am a celebrity too, here in this country. Not as big as Oprah but it doesn’t matter. It doesn’t matter even if you’re not able to place me at all. The real celebrities don’t publicize themselves anyway. They’re obscure, consigned to oblivion, with some quaint looking academic in some foreign university (probably US) fawning at the greatness of their work. These days all it takes to be a celebrity is to be notorious with your face pasted everywhere. You’d be surprised by the lack of work backing most people you take for celebrities. Anyway, I am notorious enough for the people who’ve suffered me on stage, I really don’t have much work to support me, and I guess I have had had enough presence in media to statistically pass off as a celebrity. END_OF_DOCUMENT_TOKEN_TO_BE_REPLACED

After a decade without a day job, and associating with Dastangoi for over six years, I can safely say that I am a career storyteller. And one of the things I have learned is that resumes don’t make a person, stories do. Often these stories are not our own stories, but stories we’ve heard amongst loved ones, extended families, friends, work places, milieu; stories we’ve grown up with, stories distilled deep enough to become an integral part of our existence. We may not often identify with our resume but with our stories, always – acquaintanceship strikes, the moment our stories resonate. END_OF_DOCUMENT_TOKEN_TO_BE_REPLACED

END_OF_DOCUMENT_TOKEN_TO_BE_REPLACED

Just when Shantuben held her meditative poise at a Vipassana camp at Igatpuri on the morning of January 26, 2001, her dream turned to rubble back home in Bhuj. When she reached home, her labour of love of the last 5 years was gone, razed to the ground. It all had to start afresh. END_OF_DOCUMENT_TOKEN_TO_BE_REPLACED

Whenever I begin preparing for a new performance words sit heavy in front of me as boulders. Alien, unknown boulders.  I look up and I see them littered till wherever my eyes can see. I do not know these words. I did not create them. I do not know their context. I do not know what all they hide within. But I have to deal with them.

This is one of the fundamental struggles of an actor. To grapple with the text he intends to perform. Every time I encounter a new text for performance this line from Noon Meem Rashed’s iconic poem “Zindagi Se Darte Ho” comes to haunt me:  END_OF_DOCUMENT_TOKEN_TO_BE_REPLACED

Dastangoi performed by Mahmood Farooqui and Danish Husain as part of Justice on Trial for the Free Binayak Sen Campaign, at the Alliance Francaise de Delhi on 6 April 2011. Video credit: Nicky Chandam.

It’s always better to begin with a caveat. Sets the tone, and prepares readers for what not to expect. I am one of those self-obsessed people who seldom see beyond their existence. I google my name twice a week, and inevitably find other people getting enriched when conversing with me. It’s an achievement if I could rescue their names from these conversations for my memory. So, you can imagine now my level of awareness.

But once in a while something gets my goat and then I start reading about it. One of those things has been the Nira Radia tapes recently. I first saw a mail from a friend in my inbox with the transcripts and links to the audio versions. I read the scripts and followed the audio links. It led me to more links. And soon I found it was all over the virtual world. First it was Nira Radia and Barkha Dutt, then Nira Radia and Vir Sanghvi, then Nira Radia and Ratan Tata, then Nira Radia and A. Raja, then… I don’t know what else is there. I was like what the f*#@? They just kept stumbling out. I thought Amar Singh was the most tapped guy but then I stopped following politics long back. I am told now that these days he doesn’t even make it to the 7th page. END_OF_DOCUMENT_TOKEN_TO_BE_REPLACED

A kingdom of crabs ascends

heavy enough to sink our faith

if we tie it to them.

But a mile away

quips, the only way to pin

is to press with the index finger

their carapace to the ground.

makes them a morsel

for a sea screaming I’m hungry!

Have you ever guzzled
the last drop of alcohol
and raped your mother?

This is what we do
when we read
the morning news
about a woman’s rape
and sip our tea
leisurely.

I bet you’ve seen Rakesh Belal. He is ubiquitous. An 18-year-old dropout, the sort found in trackpants and a fake Nike t-shirt outside shantytown video parlours and ramshackle gyms anywhere across the country. But this is not how we found him. It was the summer of 1996, and we were setting off from New Delhi railway station, going to Ghazipur for Muharram. We were in our compartment, when we noticed a boy, scavenging for food. The innocence of his face captured Mom’s heart. She gave him something to eat, and Dad gestured at him to come inside. Once with us, he settled down as if he had always been part of the family. When the train moved, Mom and Dad found it hard to send him away. And soon Rakesh Belal was en route to Ghazipur too.

Belal was not his real name. He was Rakesh Singh from a village in Uttar Pradesh called Hauwwapura. He had no clue where it was, but knew that the nearest city was Agra. His father’s name he gave as “Jungli Singh” — which we later found out to be Jungani Singh — and his mother’s name was Shanti Devi. His father was dead and his mother had left home. He had lived once with an aunt, but she ill-treated him, pushing him to leave home. In Delhi, he found refuge at a constable’s home, but was mistreated there too. Having fled that place as well, he was caught later by the authorities and thrown into a correction facility — an abysmal institution, where the rooms were cramped, the food miserable and the older kids were vicious to the younger ones. Finally he escaped, and that’s when we found him on the platform.