On Wednesday, I met some young men from Dhule. I am not at all sure where Dhule is and I said as much to them. “There was some violence there. It has been in the news lately,” they said. “Did any bombs go off in Dhule?” said I. “No bombs, no. But there was communal violence. It was on the news.” “I only watch prime time news. I don’t usually manage to view the afternoon bulletins. Nor the eleven PM one (informative though they are),” I explained. “So where exactly is Dhule?” I persisted. “It is a district on the north-western tip of Maharashtra. It’s not so far from Malegaon.” Ah, Malegaon! Where the blasts occurred? Finally I had a co-ordinate. END_OF_DOCUMENT_TOKEN_TO_BE_REPLACED

Since even the chief minister of Bengal admits that violence was used in Singur to acquire land against the wishes of farmers who owned and/or worked it, there’s virtually nobody who claims otherwise (except our favourite newspaper).

So the line that goes is that it is the state government which botched it up. If only you had allowed the Tatas to acquire land on its own, if only the land acquistion act didn’t require the Evil State to acquire the land… market forces of demand and supply would have prevailed. END_OF_DOCUMENT_TOKEN_TO_BE_REPLACED

This is a song by “the small singers of Manav Upkar Sewa Samiti, a registered doctors’ NGO in Lucknow, led by Dr AB Samrat”. Enjoy.

Thanks to Rohit De for the link. 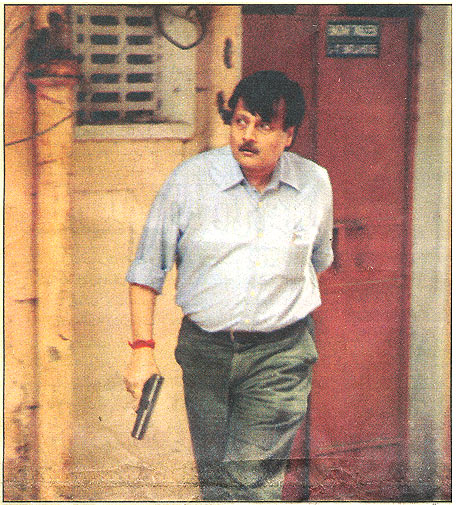 It is a truth universally acknowledged that anything viewed from various angles presents various shapes. It is also a fact that your angle of view determines to a large extent the picture registered by your brain. An askew angle of view is bound to distort the picture. Reality defies comprehension without proper perspective. To date, we have not been able to understand what kind of picture the Delhi police is trying to draw in order to explain the incidents of September 19 as they happened. END_OF_DOCUMENT_TOKEN_TO_BE_REPLACED

[This report about the recent riots in Dhule comes from from PRATIBHA SHINDE and AMBARISH RAI.] END_OF_DOCUMENT_TOKEN_TO_BE_REPLACED

As Maoists confirm that they were behind the murder of Laxmananda Saraswati and give their reasons, two notes below from Madhu Chandra of the All India Christian Council.

Hindutva forces – Vishwa Hindu Parishad, Rashtriya Swayamsevak Sangh and Bajrang Dal knew very well that the Maoists have killed their Swami Lakshmanananda on August 23 but intentionally denied it and alleged Christians so that they could do what they have done to Dalit Christians of Orissa.

Orissa Government who runs on mercy of BJP and Hindutva forces believes the allegation and allowed the religious ethnic cleansing of Christians in Kandhamal district of Orissa. END_OF_DOCUMENT_TOKEN_TO_BE_REPLACED 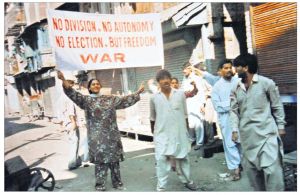 Some intelligence agencies have also warned of a low-poll percentage. But a senior police official said: “One cannot wait for the perfect situation in Kashmir.” According to him “gentle persuasion” in rural and border areas will help improve turnout. “After all, it is not a crime to ask people to vote. In several countries, voting is mandatory,” he argues. [George Joseph, Sakaal Times]

What an admission, what a giveaway! Indian democracy never went beyond Lakhanpur anyway. Nationalists and the weak hearted, please be ready to shut your eyes and ears for the next two months. The Indian state is planning to show its ugliest face in the Valley. Get ready, get ready.