Statement and image by Pinjra Tod 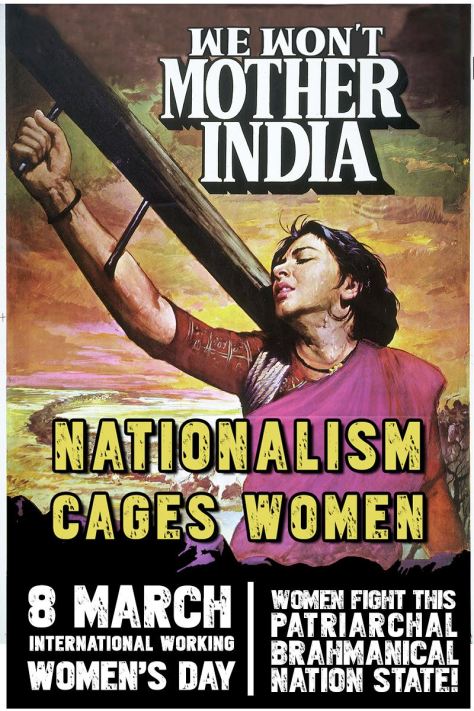 On the eve of International Working Women’s Day, Maneka Gandhi has given a deeply patriarchal, casteist and classist statement to a media channel saying that hostel curfews are necessary as “laxman rekha” for controlling women’s “hormonal outbursts”, that the question of “women’s safety in colleges cannot be solved with just two Bihari guards with dandas”, that there should be separate days for men and women to go to the library at night.

Its clear to us that she has said this today in response to the fact that women students across the country from Benaras to Mumbai, Delhi to Patiala, Lucknow to Hyderabad, Chennai to Ludhiana, Roorkie to Cuttack have come out strongly to assert their presence in the university space and claim over public resources.

END_OF_DOCUMENT_TOKEN_TO_BE_REPLACED

A senior leader of India’s leading IT Services Company took a moment on March 8th to send a note to his colleagues wishing them on International Women’s Day.  In the mailer, he also exhorted his colleagues, among other things, to strive towards building an environment that appreciates variety. The variety of Race, Ethnicity, Gender or Generation! He did not stop there, but went on to talk about drawing strength from these differences. Caste, quite evidently, is conspicuous by its absence in the corporate discourse on diversity (or variety as they also like to call it).

What is it that makes Corporate India, or a part of it, sensitive towards race issues/matters on one hand but allows them ignore caste on the other? Is it reflective of what a social activist friend once mentioned to me in a private conversation – Caste is only visible from “down below” and not “up above”? END_OF_DOCUMENT_TOKEN_TO_BE_REPLACED

International Women’s Day greetings to feminists of all genders struggling against all forms of injustice! 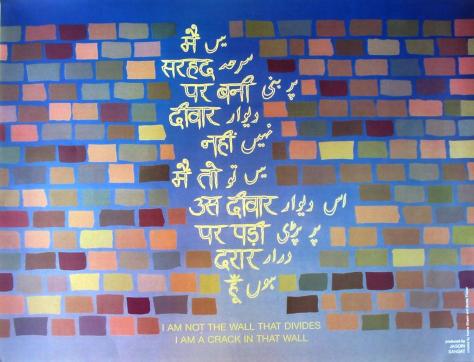 who don’t sell our lives
who don’t bow our heads
who don’t fold our hands together.

It is we sinful women
while those who sell the harvests of our bodies
become exalted
become distinguished
become the just princes of the material world.

It is we sinful women
who come out raising the banner of truth
up against barricades of lies on the highways
who find stories of persecution piled on each threshold
who find that tongues which could speak have been severed.

It is we sinful women.
Now, even if the night gives chase
these eyes shall not be put out.
For the wall which has been razed
don’t insist now on raising it again.

who don’t sell our bodies
who don’t bow our heads
who don’t fold our hands together.

[Translated from Urdu to English by Rukhsana Ahmed]

Kishwar Naheed is a feminist Urdu poet from Pakistan

Today, on International Women’s Day I am proud to acknowledge the deeply contested terrain that we call feminism in India, in which no claim goes unchallenged, no issue is undisputed (and some might say, no good deed goes unpunished!) In which over the decades, every stand and every understanding on practically every issue, has been painfully rethought and reformulated in the face of intense questioning from newer claims and voices.

In the clamour of feminist responses both to Leslee Udwin’s documentary ‘India’s Daughter’, as well  as to the Indian state’s crackdown on it, some themes have emerged that reflect profound fault lines in our (feminist) understanding – not so much of sexual violence itself – but of what to do about it; how to act upon the knowledge of widespread misogyny and pervasive masculinist violence; how to acknowledge that sexual violence cannot be understood except as refracted through prisms of caste, class, Indian state militarism and… a list that will inevitably end in ‘etc’ regardless of how long it is; and in this particular case, above all, what sorts of representations of sex and sexual violence will further our ethical ambitions, and what others will undo decades of work.

In what follows, I will try to uncover some of these themes, on the explicit understanding that I do not claim to have resolved any of the debates, nor even to have highlighted all of them. This is a partial, personal attempt to make sense of the recurring ideas in a tumult of intelligent, concerned and strongly articulated opinions, in the course of which I will of course, make my own views explicit too.

First, perhaps I should state immediately that I saw ‘India’s Daughter’ and liked it very much. This is just to get it out of the way, because my opinion on the film is irrelevant to my belief that freedom of speech and expression ought to be a value that feminists defend at all costs. I did not hold such a strong view on freedom of expression in an earlier decade, but I do now, at the beginning of the 21st century, when it has become increasingly clear that the silencing of uncomfortable voices, even unto murder, has become the preferred mode of snuffing out debate globally.

END_OF_DOCUMENT_TOKEN_TO_BE_REPLACED

This is a guest post by LAXMI MURTHY: “Only justice can fill my belly, not awards,” says Bhanwari Devi in response to a question from the audience about whether or not she had been recognised by international awards. She was speaking at a meeting organised by the Alternative Law Forum, Bangalore. The previous day, along with other leaders, Bhanwari had roused a massive rally in Mangalore with her fiery calls for solidarity and action against violence against women. The Mangalore March 8th program itself was phenomenal, from all accounts The unprecedented coalition of women’s and progressive groups (almost a hundred groups) to raise a voice against the saffronization of Karnataka’s coastal belt and increasing attacks on women, has been the outcome of dedicated work by the Forum Against Atrocities on Women (the Mahila Dourjnya Virodi Vedike, Karnataka). With delicious irony, Bhanwari, Urmila Pawar and other invited activists were accommodated at “Morning Mist’, the homestay that was ransacked by right-wing goons who broke up a private celebration there last June. That none of the events, which saw the mobilization of more than 5000 women, made it to even the Bangalore editions of the dailies (can’t even dream of the national media bothering!) is a matter of dismay, but won’t go into that right now. END_OF_DOCUMENT_TOKEN_TO_BE_REPLACED

On 6th March, in the run up to International Women’s Day, I was involved in two panel discussions on women’s rights, both adrenalin-raising but for entirely different reasons. As someone who has been working in feminist organisations, and who, like so many others, is trying to be active and simultaneously make sense of the agitations and conversations following the Delhi gang rape, I decided to write about this experience because it was so revealing about how power operates.

The second panel, which I will talk about first, was in the United Nations Information Center, from 7:00 PM to 9:00 PM approx., organized by the New Delhi hub of the Global Shapers Community of the World Economic Forum, on issues of women’s safety in Delhi and practical measures that can be taken to address these. I don’t know much about this rather fancy sounding group (in their correspondence with me they describe themselves thus: The Global Shapers Community is a network of hubs developed and led by young people who are exceptional in their potential, achievements and drive to make a contribution to their communities). END_OF_DOCUMENT_TOKEN_TO_BE_REPLACED 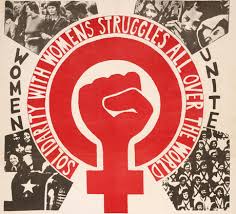 Statement by feminist and queer groups and individuals:

Representatives of women’s groups, democratic and human rights groups and activists are alarmed about major lacunae in current legislative protection to women, upheld by the Standing Committee report, and we insist on the following:

The Accused Must Be Male.

One pernicious provision of the Ordinance 2013, upheld by the Committee report, is blanket gender neutrality of the perpetrator of sexual harassment, assault and rape. Put simply: unlike in existing law where the accused is male, the Committee recommendations if enacted into a proposed new Bill, will make it possible for women to be charged with these offences. This is wholly unacceptable for the following reasons: END_OF_DOCUMENT_TOKEN_TO_BE_REPLACED

Here’s wishing all men and women across borders and boundaries, in New Delhi and New Haven, Ranchi and Russia, Dublin and Damascus, Srinagar and Sri Lanka, Bhutan and the Bermudas, a very happy International Women’s Day. These images are from the ‘I Need Feminism’ Campaign at the Lahore University of Management Sciences

Excerpts from my forthcoming book Seeing Like a Feminist (Penguin India/Zubaan Books).

Have you heard of ‘nude make-up’?

This is what it is:

‘Nude makeup looks are all about your skin looking fresh and dewy, without looking like you’re even wearing any makeup. All you need is eyeliner, mascara, nude lipstick, and a highlighting blush that will give your skin a natural-looking glow.’[1]

The whole point of nude makeup clearly, is to spend hours painting your face in order to make it look like you never touched it at all.

The maintaining of social order is rather like that. It requires the faithful performance of prescribed rituals over and over again throughout one’s lifetime. Complex networks of cultural reproduction are dedicated to this sole purpose. But the ultimate goal of all this unceasing activity is to produce the effect of untouched naturalness. 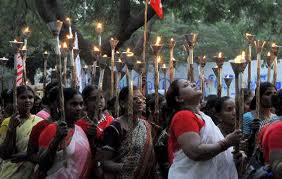 When one ‘sees’ the world like a feminist though, with the gaze of a feminist, it’s rather like activating the ‘Reveal Formating’ function in Microsoft Word (what an earlier generation of WordPerfect users knew as ‘Reveal Codes’). The feminist gaze reveals the strenuous, complex formatting that goes on below the surface of what looked smooth and complete. END_OF_DOCUMENT_TOKEN_TO_BE_REPLACED