Much has already been said and written about the plight of the migrants during the lockdown necessitated by the current Covid-19 outbreak in India. The visual images of their endless walk – which reminds us of the flight of Partition refugees – in their desperate bid to reach home in the scorching summer heat on almost empty stomachs with throats parched (women in tow with the children on men’s shoulders and their meagre belongings on the heads) is heart-wrenching to say the least. Whatever be the cause, it is a living testimony to the entrenched structures of poor governance that define our polity. It is also revealing of the class character of the Indian state, a term that has for long left the public discourse of our republic. One need not invoke Marx or be a communist to see the glaring contrast in the ways say, for instance, state functionaries conduct themselves at airports in Delhi or Kochi and railway stations at Barkakana in Jharkhand or Bapu Dham, Motihari in Bihar.

END_OF_DOCUMENT_TOKEN_TO_BE_REPLACED 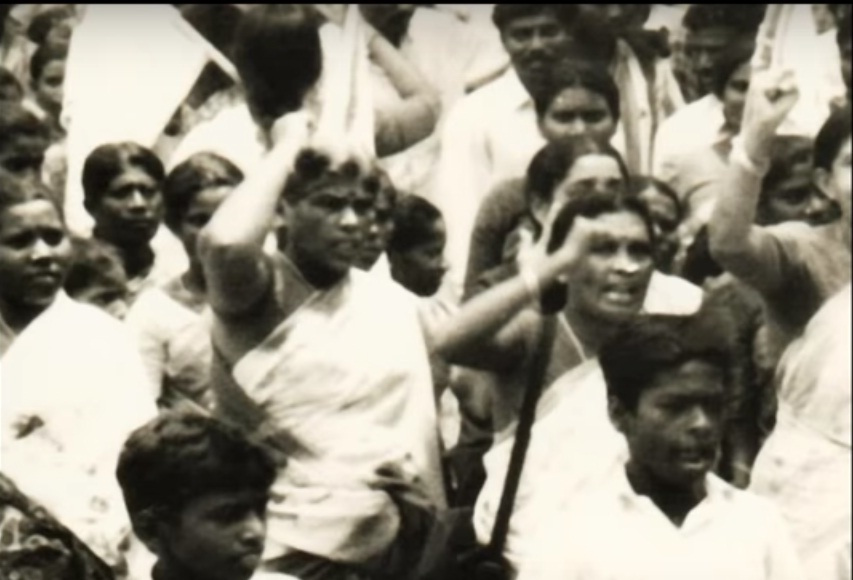 From the crisis in Iraq, a story is emerging of 40 construction workers in Mosul who have gone missing, some reports claim because they were trying to escape from the city and were captured by militants in the process. Many of these workers, feared kidnapped by ISIS, refused both their employers’ and the Indian government’s help to evacuate, as many have not been paid up to five months’ wages. Another report reveals that a group of 46 nurses from Kerala, working in a hospital in Tikrit, have refused to leave despite an offer from Delhi to help them evacuate. They need the money, as do their families back at home, so they would rather move to a safe zone in Iraq than return. Two nurses in the same hospital, who are on holiday in India, told the BBC that they would return despite the travel advisory issued by India advising citizens not to travel to Iraq. For them, failing to return means defaulting on loans taken to pay recruitment agents.

A few days before, on June 16, the NDA government announced that it was looking at liberalizing labour laws, primarily to make easier the retrenchment of workers. The UPA, and former PM Manmohan Singh in particular, also had labour law reform as an agenda, propelled by constant laments from industry saying ‘obsolete’ labour laws hindering growth and holding back the economy. The Vansundhara Raje government is already amending some state-level acts in Rajasthan to ‘liberate the corporate sector from the shackles of stringent requirements of the laws’, as one report put it.

END_OF_DOCUMENT_TOKEN_TO_BE_REPLACED

Even as news of elections seemingly eclipses everything else in India.  life, in the industrial suburbs of the National Capital Region, continues as usual. A report from Faridabad Majdoor Samachar. New Series 310, April, 2014.

END_OF_DOCUMENT_TOKEN_TO_BE_REPLACED

Call given by VARIOUS CITIZENS GROUPS

As we commemorate another Republic Day, We The People proclaim that the parade of the powerful at Rajpath does not represent us. We The People, Reclaim our Republic.

As members of the LGBT community, women, workers, sex workers, students, teachers, activists, persons with disabilities, health rights activists, Dalits, indigenous people, farmers, those affected by unconstitutional military rule, we are united not as “minorities” or “others,” but as the people. We invoke the promises of the Constitution of India in our name. Our struggle will continue until all arms of the state are unwavering in their constitutional promises towards the marginalized in our society, rather than only representing the powerful.

END_OF_DOCUMENT_TOKEN_TO_BE_REPLACED

Satbir, a 28 year old worker, was among four workers from Maruti’s Manesar plant produced by Haryana police at the district court in Gurgaon on Wednesday afternoon. Satbir has multiple fractures in his left leg and was taken to the civil hospital from the court room. “I fell while trying to flee the plant. I was in the morning Shift A; we had stayed back because we heard the union leaders were meeting the management to negotiate the reinstatement of a worker,” he recounts. “The violence began after 7 pm, I don’t know why it started. Gate 1 was closed. I feared that I may get attacked in the rioting and the confusion. I and two of my colleagues tried to jump off the back wall but I fell,” he says. END_OF_DOCUMENT_TOKEN_TO_BE_REPLACED

(On behalf of Krantikari Naujawan Sabha, part of the solidarity effort with struggling workers of Maruti Suzuki.)

The struggle of the workers in Maruti Suzuki India Ltd, IMT Manesar refuses to die, and just when quietening under settlement truce, has stood up again, gathering political edge and crucial concrete support among workers in the area. In a significant development this morning, 7th October 2011, the workers in seven nearby factories along with workers of MARUTI SUZUKI INDIA LTD, IMT MANESAR have gone on strike. These are workers in the nearby plants of SUZUKI POWERTRAIN INDIA LTD. and SUZUKI CASTINGS (Plot 1, Phase 3A), and SUZUKI MOTORCYCLE INDIA PVT. LTD (in the Gurgaon-Manesar road), along with the workers of LUMAX AUTO TECHNOLOGIES LTD (165, Sector-5), SATYAM AUTO COMPONENTS LIMITED (26 C, Sector – 3), ENDURANCE TECHNOLOGIES LTD ( Plot no. 400, Sector 8), HI-LEX INDIA PVT LTD, (Plot No.55 Sector-3) completely halting production. END_OF_DOCUMENT_TOKEN_TO_BE_REPLACED

‘The chief executive officer of a Greater Noida-based gear manufacturing company [Graziano Transmissioni India Pvt Ltd, a subsidiary of an Italian TNC] was lynched to death inside factory premises on Monday, allegedly by a group of dismissed workers.’

‘“Around 125 dismissed workers armed with iron rods barged into the factory and went on rampage. They broke computers and machinery and smashed windowpanes. When Lalit tried to pacify them, they assaulted him with rods,” board of director Ramesh Jain told Hindustan Times.’ See report here

‘Companies in the area are known to employ contract labour in large numbers, though the law clearly states that such workers can be used only for non-core functions and not on the shop floor.’ says another report.

They’d never had it so good. Through the 1990s and into the 2000s, the party had gone on. END_OF_DOCUMENT_TOKEN_TO_BE_REPLACED